Prepare for the coming recession. Relief from government and the private sector will have its limits.#COVID19

Let him warn himself. Chancellor Rishi Sunak 'warns' of the pointless economic devastation he and his fellow Cabinet members have themselves caused because they are unfit for their posts, and panicked: https://t.co/ZK17Z6L4dV

I agree with Hitchens, as I mostly have in the past few months of Government-created chaos, muddle, and approaching economic collapse.

An entirely government created recession.
How does he even sleep at night? https://t.co/g3K1DgiWqj

The tweeter above is referring to Rishi Sunak https://en.wikipedia.org/wiki/Rishi_Sunak , the Indian whom Boris-idiot made Chancellor, and who the shallow msm and Twitter mob lauded as a financial (and political) genius a couple of months ago for having introduced the “furlough” scheme, via which the obligations of companies to pay their employees were in effect transferred to the State which then shut down much of the economy.

A few (including me, Hitchens etc) saw through this scheme as a disastrous and ultimately pointless waste of resources which, combined with the shutdown (“lockdown”) would destroy the UK economy.

The msm and Twitter mob thought otherwise. “Rishi Sunak for PM!” was the cry. What a brilliant man, to throw away £8 billion (maybe £11 billion) a month “supporting [workers, families] etc”… Surely such a man must eventually become Prime Minister?

Well, I doubt it (even leaving aside his origins). The “furlough” plan in fact did not simply keep employees financially warm until “lockdown” ends, at which time, in Sunak’s own mis-chosen words, the economy will “bounce back” in a V-shaped “recovery”.

At the time, I blogged that, because this virus “crisis” (made much worse by governmental panic in the UK, EU and elsewhere) has led to economic slowdown, crucially to collapse in demand internationally, the result will be, certainly in the UK, not a “V-shaped recovery” but an “L-shaped non-recovery”.

Sunak may have ridden high in public opinion for a couple of months, but I do not see him prospering politically after at least many wake up to what is really happening. Any fool can throw golden sesterces to the plebs from his imperial chariot. For a while…

Sunak alone is not to blame for the “lockdown” and so not to blame for the coming recession (which may even become a depression), but he is to blame for being part of a Cabinet of fools that shut down the economy for months unnecessarily, and for both introducing and now extending a misconceived “pay workers £2,500 a month not to work and not to complain or protest” scheme.

Also, for going along with his foolish and incompetent Government’s strategy of scaring the British people (and other UK inhabitants) out of their collective skin, so that many are now too frightened (or anyway simply unwilling) to return to what was normal life.

The reason behind the extension to October (without even any reduction) in the “furlough” payments, is plainly political, to prevent or make far less likely any protest or worse from the “furloughed” employees.

However, the real state of the pre-Coronavirus UK economy, now that the froth of low-paid McJobs (“gig economy,” fake “self-employment”, zero hours contracts, and other poorly-paid exploitation disguised by, formerly, Working Tax Credits etc, and now by Universal Credit payments) has been swept into the bin, is becoming plain to see. Desolate.

As for that sacred cow of British people, house prices, the values are dropping like a stone, as I predicted. Already we see that buyers are demanding discounts of up to 20%. Before long, that will be 50% or more. Lending is unlikely to be easily-available from now on, and there will be fewer people buying. and with lower capital available, whether their own or via mortgage monies. People will still want or have to move house, but will have less money with which to do so. Result— lower house prices at all levels.

Time for the “dim SNP tweet of the day”, this time from a tweeter who refers to the Union between Scotland and England (1707):

England's worst recession since over 300 years?

Are you thinking what I'm thinking?

I am more inclined to go back about 375 years, to the age of Cromwell, and England’s only real revolutionary situation.

Already, 4.2 million people are on Universal Credit, with millions more forecast as 2020 continues:

Companies are shedding workers by the hundred, by the thousand, now. Some companies are giving up the ghost entirely, such as the once-famous Antler suitcases (est. 1914), which went yesterday, with the closure of 18 stores and the sacking of the entire workforce of 200 staff. Other companies laid off thousands on the same day.

Today, we see that Rolls-Royce in Derby will lay off 9,000 workers across the world, and most of the losses will be in Derby itself.

When the “lockdown” nonsense —and with it the “furlough” scheme— ends, in the Autumn, supposedly, there will be company collapses on a scale not seen since the 1930s, very likely.

Boris Johnson may be Boris-idiot, but he can certainly pull the wool over the eyes of many. A con-man.

Theresa May, zooming in from Sonning, asks Michael Gove whether the PM's Brexit deal will force Northern Ireland to follow EU law until at least 2024. He answers: um, yes. pic.twitter.com/8fNBBSnldt

This hysterical Gov't must never be allowed to get away with the damage it has caused. They have broken the country in 2 months.https://t.co/1nYln33qDH

"temporary limitation of freedoms"?: deaths due to delayed treatments, unemployment etc. and the huge numbers globally who will be pushed from painful poverty to life destroying poverty.

Thanks to @ClarkeMicah for this. https://t.co/mvYQ3srkGa

So children aged 1-14 years old have a 1 in 5.3 million chance of dying from Coronavirus in the UK. Puts the hysterical teachers’ unions in their place…Having said that, it seems pointless to open up the schools for the few weeks left until the start of Summer holidays.

There is much in what you say. But as 9,000 jobs and livelihoods, hopes and homes, are destroyed at Rolls-Royce – real people raising real families through real work – who really gives a dam about the reputations of a few over-promoted Tory MPs? https://t.co/u9LVKqYfGY https://t.co/h04cn86IwF

and, not long after I delayed plans to add Oliver Dowden to my blog as a “Deadhead MP”, he has jumped the gun and proven himself (again) to be one!

Culture secretary Oliver Dowden has just advised everyone to “work from home if you can”….

…just hours after the Tory government voted for MPs to literally stop working from home pic.twitter.com/IqF7PYbNmr

This made me laugh (audio used from the LBC/Nick Ferrari and Diane Abbott radio interview of a few years ago):

Depends how you look at it. We've got Priti Patel on LBC being interviewed by Ferrari using language of Nick Griffin/NF re refugees. I can see him listening on radio & thinking 'my job is done'

That tweeter, “@CabinetOfClowns” also tweeted this (below):

What “right wing terrorism” can she mean? The odd disturbed individual who wants to drive his car at a mosque? Young people who own Swastika cookie-cutters and cushions? Someone who got 2.5 years in prison for putting up a few stickers on lamp-posts? A few people in a pub talking about bumping off a MP?

In reality, there is no “right wing” (I am supposing that that tweeter means “social nationalist”, or just “nationalist”) “terrorism” in the UK. Am I wrong? So where is it? Where?

Just a few of the hundreds of police – NONE wearing masks or social distancing – in central London today for the trial of #PaulGolding.

Clearly, the cops know the 'virus threat' is social control hype. Unlike the economic, social & health catastrophe of their #lockdown farce. pic.twitter.com/DBoMXazbko

#NigelFarage
tries to cover his unspeakable cowardice in refusing to speak out against the Covid1984 lockdown crime by messing around in boats. THIS crisis outweighs all others.

Coastguard picks up 25 migrants attempting to cross the Channel https://t.co/GLvJqwAfIz

"If my eye don't deceive me, there's something going wrong around here".
Just how comfortable are all the "revolutionary" left with being on the same ethnocidal page as the global corporations? pic.twitter.com/hw8Q9hsuZD 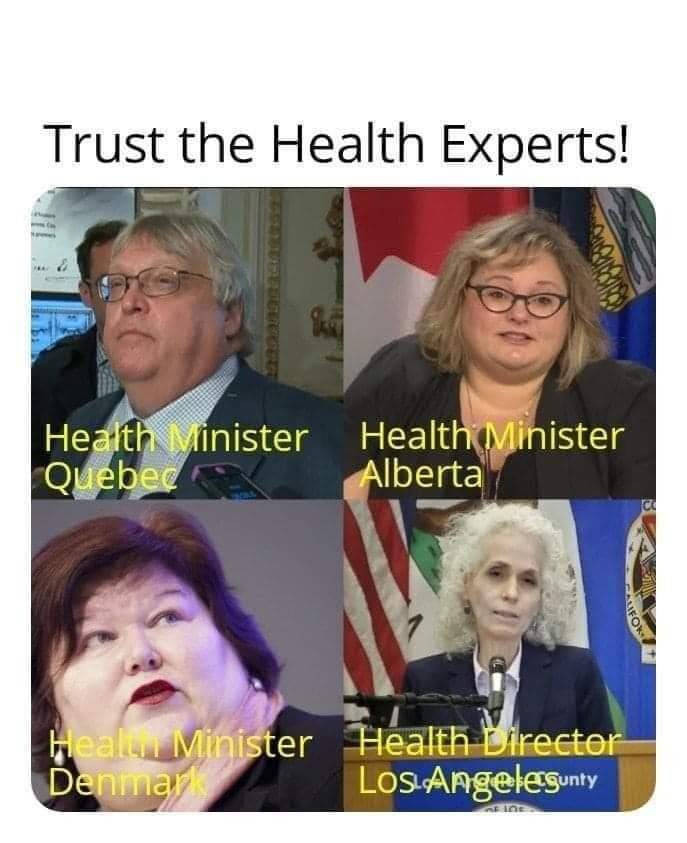 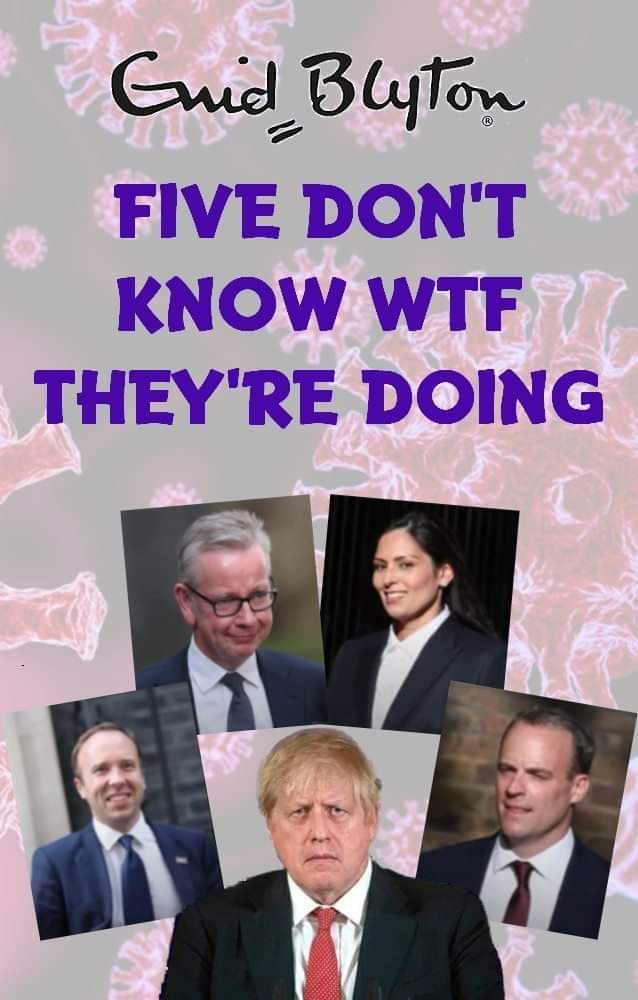 The coming few years could finally see social nationalism emerge victorious in the UK, but that can only happen if there is a co-ordinated movement led by a “vanguard” party. One does not now exist. The small groups which do exist have little or no credibility.

For me personally, 2022 will probably be the last marker-year in the 33-year cycle that I see in my present incarnation, because in 2022 I shall reach the age of 66.