So far, only a minority of clear-thinking people and sceptics has stood up to the brainwashing around the present attempt to place a significant amount of the world population (focussing here on the UK) under a form of house arrest. Here below are a few tweets from leading dissident, Peter Hitchens:

How to think of the furious, raging attackers on Twitter, unresponsive and intolerant, who try to scare dissenters into conformity: 'People sitting in basements quietly converting fizzy drinks into human lard'. https://t.co/ZqdLKJAQPW

I have been pointing out for ages ( and so has Dr John Lee) that the figures are remarkably vague and do not distinguish between deaths from and deaths with. https://t.co/QJYoo4aVYY

Thanks @grumpyoxford. I've been promoting his work for a month now, and you are right. He devastates the ridiculously high mortality figures on which so much of the panicdemnic was based. https://t.co/s6PNhJZrRb

Most BBC journalists these days are not intellectually equipped to question government with any rigour. They can question failings in delivery (the Soviet media used to do with under Communism) but they cannot question actual policy. It does not occur to them. @mark85767033 https://t.co/XqHKvi5Zw3

In relation to that last of Hitchens’ tweets, how true that is! The BBC is now purely a System/Government/Common Purpose mouthpiece, as demonstrated by some pathetic nonsense on BBC News this morning. A virtual concert in “celebration” of the (not-very-effective) public services, I believe. Some bearded fellow selling rainbow T-shirts (apparently for the NHS) too.

It was dispiriting to see someone who ( as a sixties survivor) I remember as a sharp, irreverent mind becoming a conformist burbler of the official line. I suspect the 1960s cultural revolutionaries now believe they have got what they wanted, and have become the establishment. https://t.co/KNwvZIDOCk

My debate with Lady (Joan) Bakewell on the virus controversy on C4 News https://t.co/6cF28wICSH

Well, I am only 5 years younger than Peter Hitchens, so I also remember Joan Bakewell, https://en.wikipedia.org/wiki/Joan_Bakewell , though from the 1970s, not 1960s. As I saw her, a pursed-lipped busybody type, the sort of woman back then who did well at a State grammar school, attended university (in her case, Cambridge), then joined some “Establishment” body such as MI5 or (in her case) the BBC.

Joan Bakewell has always been System, through and through. Just look at all the appointments and sinecures she has held! She made money on the side too, e.g. in the early 1970s by appearing in Sanderson furnishing ads (magazine photos), under the caption, “Very Joan Bakewell, very Sanderson”. https://www.imogenwhyte.co.uk/very-sanderson-at-the-fashion-textile-museum/ ; https://www.stylelibrary.com/sanderson/ 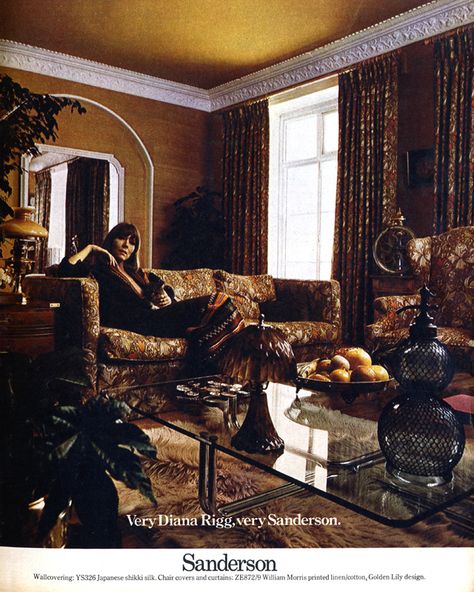 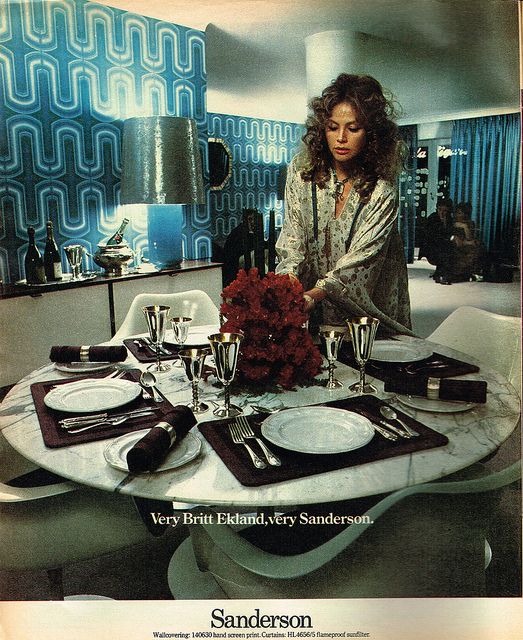 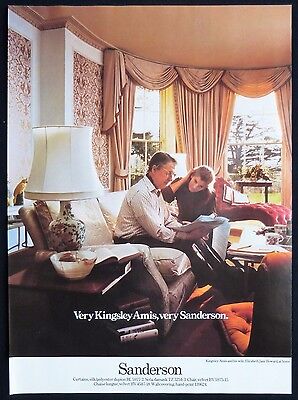 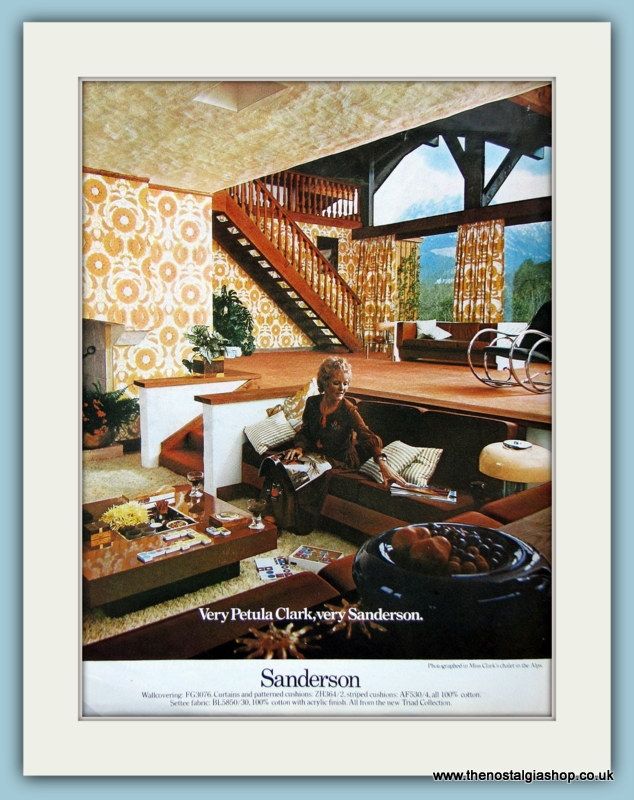 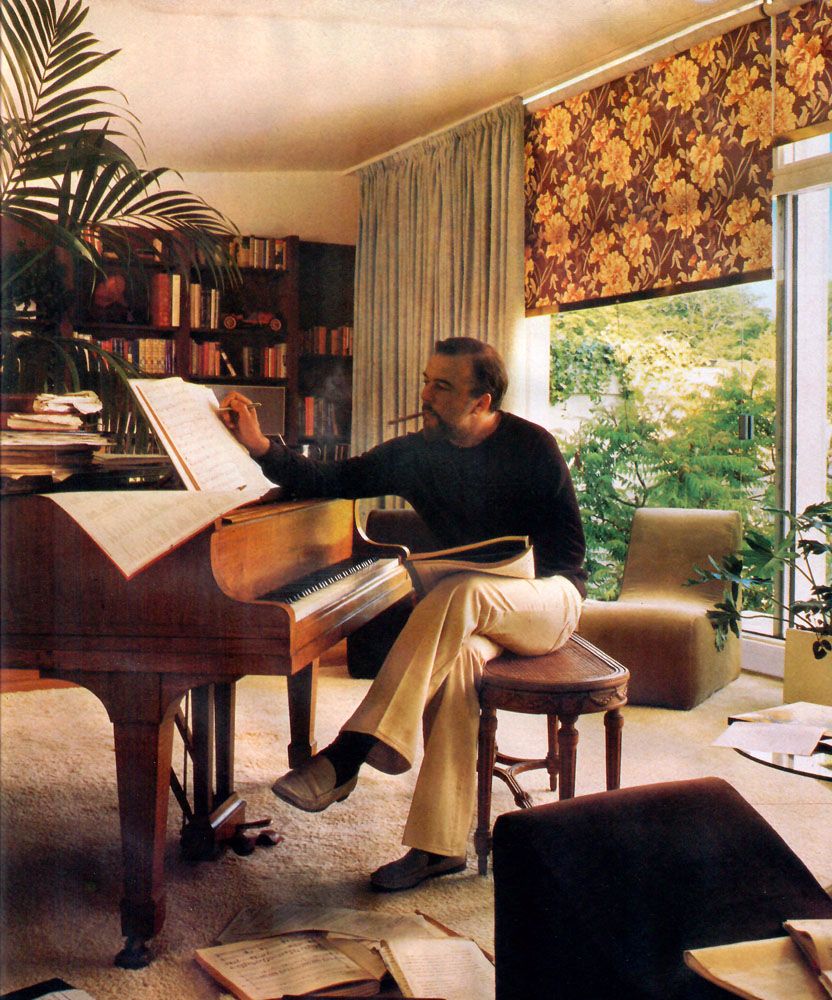 Others who did the same (see above) included Jilly Cooper, Diana Rigg, Petula Clark, the theatre director Peter Hall, Kingsley Amis, and even that excellent adventure writer, Hammond Innes (now rather forgotten, but one of the few non-classic fiction writers that I like: https://en.wikipedia.org/wiki/Hammond_Innes), as well as the once-famous but now equally-forgotten early “celebrity chef”, Robert Carrier: https://en.wikipedia.org/wiki/Robert_Carrier_(chef). Others too. Sadly, I have been unable to locate Joan Bakewell’s equivalent magazine ad. Or that of Hammond Innes, though I did find this, one of his best books, in my opinion: 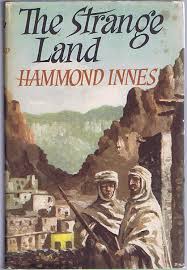 Also found a few minutes of silent film showing the writer at his East Anglian home:

I believe that he lived on or close to the coast of Suffolk. https://www.independent.co.uk/arts-entertainment/obituary-hammond-innes-1164546.html

A satirist in the early 1970s suggested that Sanderson might try out a Russian literary giant of the time: “Very Solzhenitsyn, very Sanderson” (unsurprisingly, that never happened). https://en.wikipedia.org/wiki/Aleksandr_Solzhenitsyn

I have to say that Joan Bakewell is so typical of many of the people I have fought all my life, the bien-pensant Hampstead-dwellers (I believe that Joan Bakewell herself lives in nearby Primrose Hill, though I may be mistaken) who think, for example, that the multicultural society is wonderful (because they themselves live in a bubble cossetted by wealth and general privilege), and so on. Plenty like that at the Bar, too.

“I don’t really care about mass immigration, neither do I care about Coronavirus lockdown, because I and all my friends live in big houses with nice gardens in Hampstead and Highgate and Primrose Hill and Blackheath.” Bluntly put, but in essence that is more or less the attitude.

This [below] is what we are not hearing from the hysterical msm, let alone the Government of Fools:

But several countries have not had what you call 'lockdown'. What did the famous 'curve' do there? . https://t.co/nGRfzDFtCl

1/2 Dr John Lee 'The real point is that there isn’t any direct evidence that what we are doing is actually affecting the peak. It is possible to make arguments that sound reasonable that a lockdown should affect the peak…. https://t.co/GWWJPs8ifv

2/2 Dr John Lee 'And yet other places which are doing different things seem to have similarly shaped graphs. It is only an assumption that the lockdown is having a big effect on the virus spread, but this is not a known scientific fact.'https://t.co/GWWJPspT73

In fact, in terms of propaganda method, the UK state has managed to manage the public easily, in a judo-like way, not using blunt force as the primary way of manipulating behaviour, but combining that with the channelling of the fear of the public (fear of the virus) and the inherent British social conformity.

Where the Government itself has fallen down is in the fact that it has painted itself into a corner, and now cannot back down and then re-open or free the economy and society.

There is this idea abroad that there has to be an “exit strategy”. Why not just say “everything will be open as of X-day, the last day of X-month”?

Meanwhile, the economic tidal wave is approaching. Debenhams (23,000 jobs) has gone (officially only 7 stores and 400 jobs so far, but I doubt that the rest will last long) and I see that the ground force for aviation, comprising several large enterprises such as Swissport, are saying that they will lay off their thousands of employees this weekend unless government guarantees are given.

It is clear that once the furlough monies made available by the Government end (now extended until end of June), there will be a crashing wave of redundancies. More than that, there will, even as things stand, be millions of people on State benefits, maybe for the first time unable to pay their rents, mortgage payments, and general living expenses.

So far the population has been supine, scarcely willing to think for itself, let alone protest as its most basic everyday civil rights have been taken away. That may change when people start to suffer directly. We shall see.

Actually, the very lack of protest or individual (or group) rebellion is not just stunning in itself. It shows how it is that British people have been almost quiescent as their country has been swamped by migration-invasion for decades.

This is a British people that gets more excited or angry about the result of a TV talent show, or the plot of a “soap”, or about who screws whom in some “Year of the Sex Olympics” TV “reality” show, than when their own rights, jobs, and future are trashed.

Twitter, thank God, is not the whole society, but look at Twitter and you see the willing slaves begging to be enslaved more; none more so than the “liberal” or “socialist” tweeters, the sort of people who, in the 1960s, 1970s, even 1980s, would have been debating, protesting, rebelling against the infringement of rights, liberties and life-chances. Now? Begging for longer and harsher “lockdown”, demanding more active policing, eager to clap en masse and on command, eager to “celebrate” state services which in fact are only just, or not, functioning.

I notice that a few of the more notorious “usual suspects”, such as  Jew-Zionist minor academic Ben Gidley (under one of his surviving aliases, “@BobFromBrockley”) have started to call any people who do not accept the official line(s) put out by the System re. Coronavirus, “denialists”. cf. “holocaust” “denial” (meaning historical revision of WW2 narratives; and the view that all aspects of history can be examined and commented upon freely), climate change “denial” etc.

David Icke used to follow my Twitter account before I was expelled from Twitter via Jewish lobby machinations. He only follows a couple of hundred people, so he must have found my tweets interesting. Perhaps he reads my blog.Here are a few of his recent tweets:

On Labour, and the nature of “reports” & “leaks” https://t.co/wNHU1DscVy pic.twitter.com/HG2GwyY6wD

Look Your Children In The Eye – David Icke Discusses The Dangers Of Acquiescing To Power https://t.co/USE4dK3ju1

This is what is really happening people pic.twitter.com/PwDSsRW0vx

Economist: How Gullible Politicians Promoted The Destruction Of The Global Economy https://t.co/9YHg1f1nnD pic.twitter.com/UPhq0suktV

No lockdown Sweden shows that lockdowns and social distancing are not necessaryhttps://t.co/TYOv2ntGln pic.twitter.com/xKxchPSANG

[Update, 14 December 2020: David Icke has now been expelled from Twitter —in the Twitter weasel word, “suspended”—  as I was (over two years ago)]

Many tweets seen asking “where is Boris?” and many answering their own question by saying that he is in hiding until the death-toll reduces. Quite likely, but what did the voters expect when “they voted for” a part-Jew public entertainer as “their” Prime Minister? (I do not forget, though, that only about 4 out of 10 voters did vote for Conservative Party candidates in 2019).

Went out to Waitrose. The usual black-garbed Handmaid’s Tale marshals there, shuffling around outside. No other shoppers waiting, so no need to join a line. I was graciously waved through. Before that, while parked, I saw the local police drive round the car park once. Why? God knows. In case some people were actually talking to each other and needed to be shouted at? Whatever. The police just drove round and out again.

It strikes me that the police have an easy job right now, certainly in rural and quiet coastal areas. Crime down by a third, officially (I suspect far more, half or three-quarters, if we are talking about real crime, not people saying too many truths on the Internet). Many police seem to spend their time at present driving around, checking out (snooping) as to why someone is out of their house arrest etc; or parked, observing.

In the supermarket, bought a scratchcard. A winner again (though only £10). Few shoppers. Bought a few necessary items (kefir, bread, butter, milk, water, cat food), and a load of unnecessary ones (ice-creams on sticks, raw prawns at one-third of usual price, curry paste, lime pickle, poppadoms etc). Did not notice what items were unobtainable (except bleach, again all gone). Plenty of bread, eggs, milk etc including those panic-buy staples of loo paper and kitchen roll (I myself had no need of any); lemons, limes, grapes and other fruit all available in quantity. Reasonably good selection of tomato. Looks as if this area, at least, has shopped itself to a standstill except for the apparently insatiable demand for pasta, rice and bleach.