“No child has been found to have passed coronavirus to an adult, a review of evidence in partnership with the Royal College of Paediatricians has found. Major studies into the impact of Covid-19 on young children show it is likely that they “do not play a significant role” in spreading the virus and are significantly less likely to become infected than adults.” [Daily Telegraph]

It is clear to me, as to many, that the “lockdown” need not have happened at all, with exceptions: nightclubs, pubs, the Underground (which was not shut down, incredibly), hairdressing places, mass events where people are likely to be breathed or sneezed upon e.g. popular or other music concerts, racecourses etc (though it occurs to me that racecourses could have continued to hold meetings safely if they had been willing to close the cheaper enclosures (Silver Ring etc) and Tattersall’s, leaving only the Members’ enclosures open and perhaps restricted to annual members).

Schools in particular need not have shut; the same goes for universities.

Economic enterprises are now shut, to a large extent; to re-open the economy or get it moving may not be easy. Meanwhile, Downing Street has been trying to invent statistics to support its “lockdown” “strategy” (kneejerk reaction):

They rang and asked us to put in a statement from them saying approval of the govt was not falling and asking us to change the headline. Despite 18% drop innet approval of govt handling in a fortnight, and 10% drop in confidence. Is that enough information?

The UK economy may be collapsing, subsiding quietly into a (terminal?) decline…

Spending is down in Denmark, Finland & Sweden by:

Also unemployment rising 4x as fast in Norway as Sweden. Lest people think these are just *numbers*. No. They will effect people's lives.

All those for whom the state sponsored panic shutdown has meant release from commuting on full pay, and long sunny evenings consuming misted glasses of Waitrose Chablis beneath the Wisteria, might take a look at this: https://t.co/rqNM27bLPm

Dismal news of planned mass sackings from British Airways once again underlines the profound, lasting damage done to the economy by the Johnson government's mistaken panic measures. The sunny dreamtime is over. Hard, chilly reality is here. An inquiry is needed.

For a less-intelligent response…

Don’t hashtag ‘be kind’ at me for criticising the prime bloody minister. People are dying. People I know have died. People you know might die. Leadership is important. Different leaders are having different results. Wanting less people to die is not unkind.

I had to look up “Matt Haig” on Wikipedia. Apparently a “novelist and journalist”, despite not knowing the difference between “less” and “fewer”. Well, after all, this is the UK. In 2020…

I looked at some of his tweets. Castigates this idiotic government for not having a stricter “lockdown” (wrongheaded) and for all Boris-idiot’s other failings (right). Presumably that includes Raab, little Matt Hancock and the other stupid wannabees like Priti Patel. I cannot disagree with him on that score.

Let's just accept the right wing argument that 'we are all going to get it at some point so let's open for business'. If that is the case personally I'd far rather catch something when more is known about it. And when they know which treatments do and don't work. That's just me.

Monsieur Haig does not seem to realize that, while a vaccine or medicine may be developed within months, it may take years. It may even never be developed. That is possible. Does Mr. Haig want the UK to basically just shut down for not even months, but for a year, two, three, four years?! I do expect people who preach to the assembled masses at least to try to think logically or realistically.

As always, one realizes how absurd and irrelevant Twitter usually is. That person has over 400,000 Twitter followers!

It is a unfortunate concatenation of circumstances that leaves Boris-idiot and his Cabinet of fools in charge at such a time, and with an official Opposition so weak that it might as easily simply not exist.

In the parallel universe that is Twitter, most of the tweeters (sheep? rabbits? Why dump human inadequacies on the animal kingdom?) support “lockdown”, even longer and/or severe “lockdown”. A good rule of thumb is that any viewpoint trending on, or popular on, Twitter is probably wrongheaded and/or an irrelevance. Like most tweeters.

I saw a report on Sky News (I think) about the effects of the “lockdown” on the retail and service sector. Regent Street shown, empty as if after a sci-fi alien attack of some sort. It may be that the ultra-wealthy will be back, buying jewels and furs, before very long. As for less well-padded consumers, I doubt it.

The Lord Chief Justice has expressed a fear that huge backlogs are building up, in particular in respect of criminal trials likely to take 3+ days. At present, such trials are all stayed (frozen) because of the Coronavirus situation.

I imagine that many trials scheduled, and many others which might have taken place, will now either not take place or will collapse at hearing because of the fact that witnesses will (for various reasons) not be available or will not come up to proof. In the old maxim, “justice delayed is justice denied.”

The new liberalism takes up the censor's blue pencil: 'Constitutional and cultural differences mean that the private sector, rather than the federal and state governments, currently takes the lead in these practices…'https://t.co/erLoXzT8WR

Look at (UK) TV ads, mostly by private-enterprise organizations of all kinds, at present. All promoting an almost-identical racially-mixed multikulti society, many also pushing the present “all in it together” fake communitarianism and “Conservative” government propaganda.

I have also blogged, previously, about how non-State quasi-monopolies (Facebook, Twitter, Amazon etc) are imposing a (largely Jewish-origined) censorship on the world public.

'Digital surveillance and speech control in the US already show many similarities to what one finds in authoritarian states such as China.' https://t.co/erLoXzT8WR

Of course, one cannot, as “they” tend to say, “blame” all of this on the Jews, or even on the overtly Zionist Jews; but you do tend to find that, behind most attempts to repress, control and censor socio-political expression (commonly called simply “free speech”), there is a Jew, or Jews, or Jewish organizations. Not always, but usually, and at the higher levels (in politics, msm, legal “regulation” too, these days) even more often…

The excuses for such “control” of “free speech” are various, put out to fool the public at large

Useful idiots are often found to lay the groundwork for repression:

'The surveillance and speech-control responses to COVID-19, and the private sector’s collaboration with the government in these efforts, are a historic and very public experiment about how our constitutional culture will adjust to our digital future.' https://t.co/erLoXzT8WR

Back to the crash of the UK economy

Forget most of Twitter, the most energetic users of which are either unemployed, effectively unemployed or retired, or work in relatively secure public service occupations. They will not be hit so quickly or so hard as the rest.

The fact is that the UK now has a hapless, hopeless government of idiots, headed by the least useful idiot of all. Yet so panicked has been the British public, that they all applaud or at least accept Boris-idiot, while his Indian Chancellor, Rishi Sunak (an “Indian giver”?), has been acclaimed by many in the msm and on Twitter as almost a conquering hero, throwing gold sesterces to the plebs of Rome. To some, Sunak is thus “proven” to be a suitable later prime minister, while to others he mixes the erudition of J.K. Galbraith with the intellect of J.M. Keynes. Not to all, though!

And this government of half-educated inexperienced bobo teenagers *is* qualified to take these enormous decisions? What qualifications have they to take this dangerous action @andyrossecon? I am arguing for caution, and against rash action. https://t.co/tHgqfWJJXR

No @andyrossecon, I'm much more sure, with every day that passes, that the crashing of the economy and the accompanying assault on personal freedom were grave and disproportionate errors. https://t.co/0w3yjtLq6C

I am not a 'libertarian'. I have seen no evidence which shows that curtailing liberty and wrecking the economy saves lives. It is a presumption, which far too many people accept without thought or question. https://t.co/GJzvzNFBuV

Went to get a few things at Waitrose. The usual bare shelves in the dried pasta and home-baking areas. Everything else seemed to be in good supply. A few last-day things on sale for as little as 10p (smoked mackerel pate); brie, bread rolls etc.

The sky was thundercloud grey-purple, but the little sun in front of that made the scene look like one of the most famous paintings of Shishkin, Gathering Storm

Waiting in line to enter the store, I noticed the oddness of the situation: the line of “socially-distancing” people (mostly men, presumably sent out to get something), the black-garbed and scarved Handmaid’s Tale militia (Waitrose marshals), pleasant enough but controlling the line. There was something about it that made me wonder what really is at the back of all this?

Professional hypnotists usually condition suitable subjects before placing them under actual hypnosis. Is that what is happening, on a grand scale? Whole populations being conditioned to behave in certain fixed ways, like human marionettes: to dress in certain ways at certain times etc, to stand a certain (almost completely arbitrary) number of feet or metres apart, like soldiers on parade? To move forward only on command (however amiably voiced)? To become accustomed to being corralled by keepers or marshals? Is this in fact a preliminary experiment on the populations of the advanced countries, to be deepened and quickened at a later time?

What might be the socio-political consequences of the UK Coronavirus “crisis”?

We are being told, usually impliedly, that once Boris-idiot has gathered up his courage (if any), “lockdown” will end (“in stages”…why? There is no credible reason; the usual hospitals are almost empty, the new instant ones have no patients) and everything will return to normal, with the exception that we may all have to wear scarves or even masks when not at home. The criminals (acquisitive department) will love that! Joking aside, in reality the so-far-lulled public might find that a very different UK awaits them.

In the USA, unemployment has surged to something like 30 million in little more than a month, while the true updated figure may be much higher: https://www.bloomberg.com/news/articles/2020-04-30/another-3-8-million-in-u-s-filed-for-jobless-benefits-last-week

In the UK, analysts are already saying that UK unemployment figures could top the 1984 peak of 12%. In other words, millions on the dole.

This could be social-nationalism’s moment, if a movement exists to harness the power. 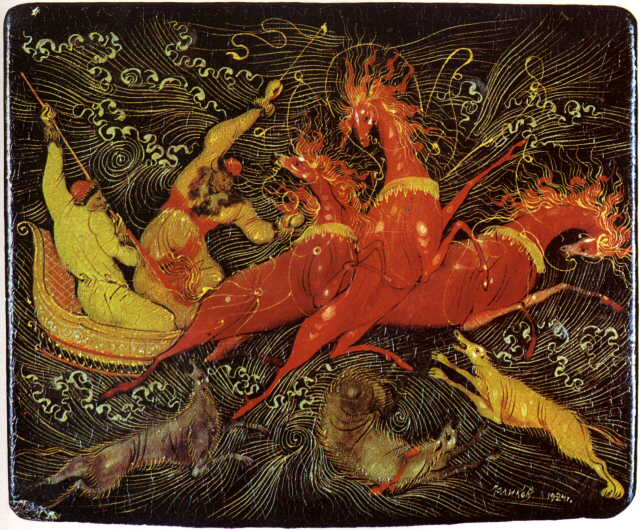 I just realized: the socially-mandated clapathon (“Clap for NHS” etc) was supposed to be this evening. Nothing. Not a sign, not a peep. Is it petering out? I hope so. I have nothing but praise for most NHS staff, but this is not toytown North Korea (yet)…