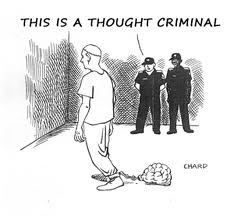 Max Hill Q.C. is on the brink of taking up his role as D.P.P., in succession to Alison Saunders. It is too early to say what his official attitude will be in relation to political “crime”, “thought crime” and freedom of expression. While he has made some quite liberal remarks in the past in connection with Muslims, Islamists etc, he has also referred to “far right fanatics”, a meaningless phrase which is often used by Zionists and their msm doormats to label social nationalists and others.

Already, the unpleasant Zionist fanatics of the so-called “Campaign Against AntiSemitism” or “CAA” (themselves under police investigation for stalking, harassment and abuse of charitable status) have taken to Twitter etc in an attempt to put pressure on the new DPP. They want him to prosecute anyone criticizing Zionist individuals and groups under the UK’s draconian laws against so-called “hate speech” etc. Indeed, one of their doormats in the msm (himself apparently a Jew) has already publicized on Twitter and on the LBC (radio station) website a file relating to various “cases” where the police and/or CPS have not prosecuted mostly rather innocuous tweets and other online postings.

The Zionists of the CAA are using the entirely unrelated shooting event in Pittsburgh, USA to try to shut down legitimate freedom of expression in the UK…and are being aided and abetted by other Zionists in the decadent UK mass media milieu.

The new DPP, before he listens to any of the CAA’s nonsense, should bear in mind that, quite apart from the various alleged illegalities perpetrated by CAA persons (and which are currently under police investigation), the CAA has made a number of frivolous and indeed malicious complaints (to the police, to the CPS, to Twitter etc) against quite a large number of people, including David Icke, Al Jazeera TV, the Jewish anti-Zionist Gilad Atzmon, and even against me. In fact, in its 4+ years of operation, the CAA has only scored two “victories” of any significance, to wit against Jez Turner (Jeremy Bedford-Turner) and against the singer-songwriter Alison Chabloz (who is in any case presently appealing both conviction and sentence).

The CAA’s membership numbers are secret, but thought by many to number only a few hundred, certainly not many more if its Parliament Square and other demonstrations are anything to go by. Crowds numbering between 50 and 200 individuals.

In order to assist Max Hill Q.C. and his staff in any deliberations, I commend my own experience of victimization by these Jewish-Zionist and pro-Israel fanatics. The events described took place in January 2017, so nearly two years ago now, and the blog post dates from about 18 months ago.

The Jew Stephen Silverman of South Essex, the so-called “Head of Enforcement” at the “CAA” (“Campaign Against Antisemitism”) fake charity,  and who was exposed in open court (Westminster Magistrates’ Court) as a pseudonymous troll and stalker of women, has recently been complaining that the DPP will not meet with Silverman or his colleagues (who include Joe Glasman, an evil snooper, and Stephen Applebaum of Edgware, North London, soi-disant “film critic” and house husband; Applebaum was also a very malicious and pseudonymous troller and stalker of women before he was exposed).

If it is true that the DPP will not agree to have his ear bent by the CAA trolls, it must be because, at long last, the CPS (and police?) are waking up to the maliciousness of these Jews, and to their politically-motivated “lawfare” against those with whom they disagree (“those whom they hate” would be more accurate).