I have been hostile to “Boris” for many years, since he was (underwhelmingly) MP for Henley. Others have now caught up; the public has not— yet. I think that it has to happen before too long, though. The part-Jew public entertainer cannot fill the boots of a prime minister. Speaking of boots, an article now compares Boris-idiot to Caligula:

A Chinese enterprise “promises” to build HS2 in 5 years at relatively low cost (£100 BN instead of £120 BN or more? Original estimate was £62 BN…). At what environmental cost?

What does Boris Johnson, Boris-idiot, care? A part-Jew, part-Turk, part God-knows-what, born in New York City, brought up mainly in the USA and Brussels, whose stepmother is a very wealthy Jewess. What does he care about Britain and the people of Britain? He is only interested in money, at root. He is not a legitimate Prime Minister, and anything is justified to remove him.

“People wanted to kick the government and Sinn Fein provided the shoe to do the kicking,” says Christy Parker, a journalist from the beautiful but de-industrialised town of Youghal in county Cork. He speaks of the “chasm” between the elite benefiting from Ireland’s impressive economic progress and the large part of the population that has been left behind.” [The Independent]

That was my impression too, though I have not been to Ireland since the mid-1980s (and before that, the late 1970s), and a lot of water has flowed since then.

In fact, that is one reason why the UK should develop a real social-national party, because it just might come about that the shopworn System parties will flag at the very moment when the British people will be desperate for something, anything…

The Irish Parliament, the Dail, has 160 seats including the (non-voting) Ceann Comhairle (Speaker). 80 seats are required to form a coalition government; alternatively to create a “confidence and supply” arrangement less than a coalition.

In other words, one of the first three parties will have to join with one of the others (or both of the others) and/or smaller parties. Sinn Fein thinks that it can get by via an extended coalition with a number of smaller parties. Alternatively, the two main System parties together would only be 7 or 8 votes (the last Speaker was from Fianna Fail) short of a majority.

So far, neither of the System parties has agreed even to talk to Sinn Fein: https://www.bbc.co.uk/news/world-europe-51508380

Sinn Fein would have to bring on board almost all the small parties and most of the (19) Independents in order to rule.

Emily Thornberry is out, thus leaving Keir Starmer, Rebecca Long-Bailey and Lisa Nandy as remaining contenders. At present, Keir Starmer looks like a shoo-in. I doubt that he would excite many voters, but it may be that in 2022 or 2024, after years of Boris-idiot as PM, that very dullness might even be a selling point…

Stop all farm subsidies. They are a major reason why farmers and landowners pay £10,000 an acre for agricultural (non-building) land. This system (despite some “stewardship” subsidies or grants) is anti-environment, overall, paying money merely for owning land, while the farmers carry on as free businessmen in most respects. Public money going to private pockets, deep pockets at that.

🌬One effect of #StormDennis is 38% of our electricity is being generated by wind power this morning 💨 pic.twitter.com/QAzfGHd4oW

Adolf Hitler said that “the future of electricity generation lies in the winds and the waves” [see Hitler’s Table Talk]. All we have to do now is to reduce the aesthetic impact of wind farms and the impact they have on bird life. 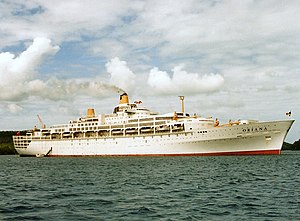 Many will be familiar with the name of Mike Stuchbery, the “antifa” cheerleader who is said to have instigated a kind of “home invasion” at the house of Tommy Robinson’s wife (Stuchbery spins it differently) in 2019. Stuchbery then got a nasty shock when “Robinson” turned up at Stuchbery’s own house (both were located in the Luton area)

There has been water under bridges since then. “Robinson” has done (more) time in prison, while Stuchbery fled with his “German” wife to Stuttgart, where he now lives.

I have blogged a couple of times about Stuchbery:

https://ianrmillard.wordpress.com/2019/11/27/mike-stuchbery-and-tommy-robinson-legal-dispute/  (the latter is updated as necessary).

I have mocked Stuchbery’s constant claims to be a hard worker holding down (as he ludicrously pretends) “three jobs”, when it is obvious that he is what his detractors claim, a kind of grifter who relies mainly on donations from supporters, State assistance, and also a working wife (as I apprehend).

Not that there is anything wrong with those three methods of subsistence, an sich. It does grate a little, though, when Stuchbery makes his claims of being a grafter rather than a grifter. He seems to have plenty of time to travel around and, on weekday morns, stroll into Stuttgart for the odd melange and, as it might be, some Schwarzwaldtorte or Sachertorte (actually, the latter is my own favourite…).

I happened to be looking for the first time at the Byline Times, the online “newspaper” headed by the writer Peter Jukes [https://en.wikipedia.org/wiki/Peter_Jukes]. This is one of Stuchbery’s “three jobs”, I believe. Well, last year (2019), he wrote, by my count, 19 fairly short pieces for Byline Times. So one article every 2-3 weeks. So far, in 2020, only one article. I cannot imagine that that pays much, if anything.

I believe that Stuchbery also takes tourists around Stuttgart and teaches some English as a foreign language.

Actually, Stuchbery reminds me of the conscientious objector, member of a religious cult, during WW2, who was asked how he intended to make his living if not in the armed forces. He replied, on the form provided, “God will provide. (wife working)“!

Stuchbery explained his reasons for fleeing to Germany in an article written on 2 September last year, my birthday in fact: https://bylinetimes.com/2019/09/02/goodbye-to-all-that/

An underwhelming read, frankly. Britain has declined hugely since the 1980s, let alone early 1970s. Stuchbery has not the personal experience (he only arrived from Australia in 2014, though apparently he was born here), or historian’s —or journalistic— skills, to make much sense of trends and events.

Stuchbery thinks that copying bits out of books or tourist pamphlets makes him a “historian”, just as he thinks that scribbling for platforms such as Byline Times makes him a “journalist”. It’s risible. Look at my blog about him to see a few howlers that he has made.

I have had to explain at intervals that being opposed to “antifa” inciters and enemies of free speech like Stuchbery does not mean that I am in any way a supporter of Tommy Robinson.

At present, I am waiting, with great interest, for Stuchbery’s supposed and proposed legal case against Tommy Robinson (for which a crazed woman called Roanna “@antifashwitch” has raised about £11,000 via GoFundMe). I think that, like the Jewish Messiah and the “cheque in the post”, the lawsuit is unlikely to ever come to pass…