I start —very late— today, and with thanks to “Claudius”, an occasional commentator on the comment pages of my blog, who sent me the following short piece on Irish history; well worth reading:

In relation to the part of that article dealing with the Jewish-Zionist influence in contemporary Ireland,  it seems that the existence of even a few “embedded” Jew Zionists (embedded in the “Establishment” or local power structure) can ruin a country. Indeed, that may be the result of even one such “embedded” Jew, as with Barbara Lerner Spectre in Sweden: see below).

[note the typical disconnect between “smiling” and any reason to smile. As someone once put it, “the simulacrum of the human”. Like a faulty electrical connection].

If comments seen are correct, Barbara Lerner Spectre has now relocated back to Israel, as Sweden burns.

The ultimate aim of this sort of thing is contained within the sinister Coudenhove-Kalergi Plan: https://www.westernspring.co.uk/the-coudenhove-kalergi-plan-the-genocide-of-the-peoples-of-europe/ ;

Sometimes fiction is fact that has not yet happened: e.g. Jules Verne novels, or The Camp of the Saints etc…https://en.wikipedia.org/wiki/The_Camp_of_the_Saints

I have written previously about the sad state of Sweden:

Another aspect of all this (and which affects the advanced parts of the world generally) is the existence and influence of the unpleasant System puppet, Greta Thunberg:

I updated my profile of ghastly Esther McVey to take account of her recent sacking:

A new No.10 “weirdo and misfit”, but, arguably, not entirely wrong in his views:

Saw this unthinking and almost kindergarten “analysis” of the BBC’s situation:

If both sides believe that then surely the BBC is doing its job properly. There are so many problems with the BBC but there's a lot of good there to. #savethebbc

Where to start? Firstly, “Labour” and the “Conservatives” are not “two sides” politically in any meaningful sense. Two faces of one lying whole. The BBC is pushing the whole multikulti agenda to the max. It lies to the British people time and again, it pushes and promotes every kind of decadence, and that is before we even consider its overpayment of its supposed “stars”. Why is the former footballer Gary Lineker paid something like £2M a year to shoot the breeze about his sport? Why are newsreaders paid hundreds of thousands of pounds per year? And so on.

I am in favour of “public service broadcasting”, but most of the time the BBC is not it…

The Mayor of London cannot distinguish reality from semblance

There was a time when Sadiq Khan was spoken of as a possible leader of the Labour Party and even as a potential Prime Minister. That was then. Since then, he has failed to prevent multikulti London becoming a crime-ridden ant-heap split between masses of downtrodden people and the few who buy Georgian houses, fortify them, then excavate vast 10-storey dystopia-cellars below ground. In Xanadu, did Kubla Khan a stately pleasure-dome decree…

As always, credit where due: at least Sadiq Khan, by retaining his Tooting seat in 2010, prevented the evil Mark Clarke from becoming an MP. Clarke himself now has no prospect of ever becoming an MP and has been sacked at least twice for being a sex-pest. https://en.wikipedia.org/wiki/Mark_Clarke_(politician)

Rebecca Long-Bailey on the Marr show:

Well, what can one say? Doormatting for the Jew lobby, trying to curry favour with the wealthy or influential Jews (the rest are not of interest to her or Labour, because even en bloc they represent only 300,000 votes and most of them vote Conservative anyway). She also seems not particularly intelligent. And why quote the “IHRA definition” of “antisemitism” when it has been “adopted” by only about 15 countries out of nearly 200? Is that more doormatting?

Rebecca Long-Bailey may or may not become Labour leader (it seems unlikely) but whether she does or not, she will never be Prime Minister. I mean, just look at her…

Oh, God…look at this! She’s just a lunatic, or at least an unthinking “me too-er”:

“I want the right to self ID and I want that enshrined in law”#Marr asks if Labour leadership candidate Rebecca Long-Bailey will reform the 2010 Equality Act which upholds the right to single sex spaceshttps://t.co/98s1CEmj0Y pic.twitter.com/wEHVElNX73

I had no great interest in Rebecca Long-Bailey previously and knew little about her, but I see now what a very poor candidate she is. She is a walking, purse-lipped collection of politically-correct soundbites. How can she even in her wildest dreams see herself as a Prime Minister?!

Listening to Twitter clips of Rebecca Long-Bailey and her supporter Angela Rayner (candidate for Deputy Leader) on the Marr show, I really think that Labour must be on the way out, despite the fact that it had very considerable support among younger voters (under the age of 25, especially) at the 2019 General Election.

Long-Bailey disagrees with Corbyn: “I do not think it’s right to call Israel or the creation of Israel a racist endeavour; I think that’s antisemitic” https://t.co/roF3v42Hia

How does Rebecca Long-Bailey consider that Israel as a state is not a “racist endeavour”? It was founded by Jews for Jews! Yes, they do employ some others, mainly the Palestinian Arabs whose ancestors they defeated in their ethnic-cleansing war of 1948. Does that change the nature of the state? The whole enterprise is a Jew ethnostate! That is one reason (as well as a place to dump the Jews that Hitler wanted out of the Reich, out of Europe) why the Reich did not oppose its — then only potential— founding. 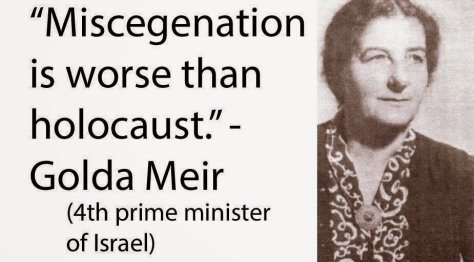 After the recent Irish General Election, many are trawling news from past decades…

Watched a new episode of Endeavour. Quite well-executed as always, but the “agenda”, as in other series such as Grantchester etc, becomes so very obvious that it is silly. Every second character is black, South Asian or gay. This in the Oxford of 1970! Even the tinker “gypsy” children who find one of the bodies near their caravans are playing football with a black boy; and the mother of a “racist” teenager who is stabbed later blames the “British Movement” and its Parliamentary candidate, so redeeming herself as a true multikulti convertee. All a bit too desperate…

Endeavour has also continued the Inspector Morse and Lewis tradition of a few subtle or not so subtle jests in each film. In this case, a Bangladeshi restaurant called The Jolly Rajah and an apartment building called Tiffin Court…

Even leaving the above gripes aside, the plot this time was nowhere near as good as in most if not all previous episodes.

Tomorrow and the day after people will read attacks in the papers against people, echoed by social media which will lead to depression and death. The same people who mourn #ripcarolineflack will join the press’s hounding of others. 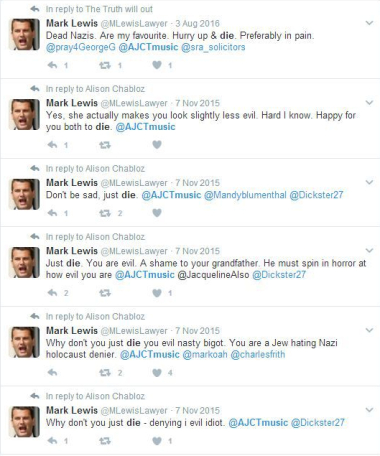 A few things about which the former fireplace salesman and (briefly) Defence Secretary (now Education Secretary) might think, as he plays with his pet spider and formulates ludicrous plans to “take on” Russia with converted tractors sporting machine guns and Coca-Cola trucks made into missile launch vehicles…