Well, here we are on the evening of St. George’s Day, scarcely an auspicious day this year, with the compliant rabbit-pleb population begging to be kept in “lockdown” for “as long as it takes”, meaning until Coronavirus is no more. They can then (in a year or so) emerge from their dwellings to contemplate the complete destruction of the UK’s economy and society.

Actually, the above is somewhat hyperbolic. For one thing, at least as far as where I am situated is concerned, there was no visible or audible State-mandated clapathon this evening. Yay! Not a single “locked-down” serf-citizen (in my area) appeared to clap, bang, set off fireworks or virtue-signal. So that’s one dead propaganda campaign (I hope)…

Secondly, people are starting to revolt, gradually, against the wrongheaded and tyrannical “lockdown” nonsense.

It’s a very British revolt. For one thing, very slow! All the same, in a typically Brit “yes, repeat no” way, people are starting to ignore the “lockdown”. There would be a great deal more of this quiet revolt were shops open.  As it is, there is nowhere much to go anyway. However, there are still parks, beaches, national parks, lakes (those not yet poisoned by Derbyshire police woodentops) etc.

The msm continues to parrot System propaganda, though. Look, below, at the Daily Mail today, calling people “covidiots” simply because they decided to walk in a park, sunbathe alone in a park or on a beach, drive around for a change of view and air, all activities which do not spread the Chinese virus; neither do any of these people have any chance of getting the virus from their walking, sunbathing or driving.

Not that that stops Twitter’s “me-too” online mob of serfs and virtue-signallers from attacking these innocent people and their harmless behaviours. As for the toytown police that now infest the country, they love lecturing decent citizens doing completely harmless activities.

“Despite government pleas and warnings of strong fines from police for breaching lockdown rules, beaches were packed up and down the country, with covidiots sunbathing and enjoying the high temperatures.” [Daily Mail] 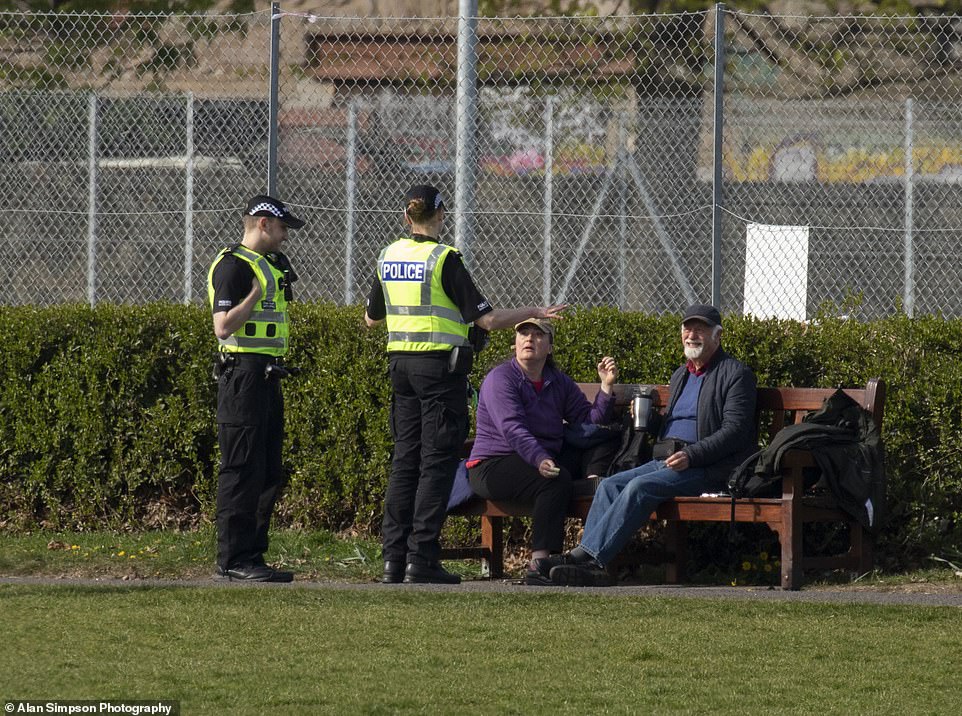 [above: police idiots “move on” a harmless elderly/middleaged couple sitting having a drink from a Thermos flask. Why? Why?]

“In Edinburgh, a couple were moved on by police after they were spotted enjoying some tea on a park bench.” [Daily Mail]. Again, why? It is senseless, quite senseless. 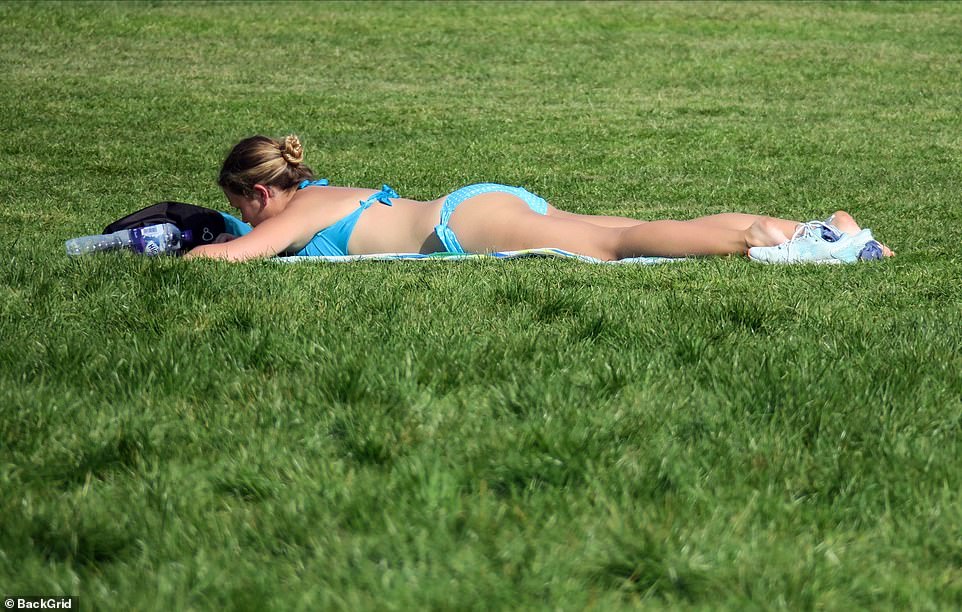 [above: it pleases Daily Mail scribblers Danny Hussain and Jordan King to call this harmless young woman, sunbathing in her sky-blue bikini at Highgate, a “covidiot”… Why? She is not spreading the bloody virus; she is not in danger of infection, and even if she did get it, she is young enough to have, probably, few if any symptoms. Oh, and the Daily Mail “newspaper” scribblers might care to note that sunbathing is not unlawful anyway, whatever little Matt Hancock might like to pretend] 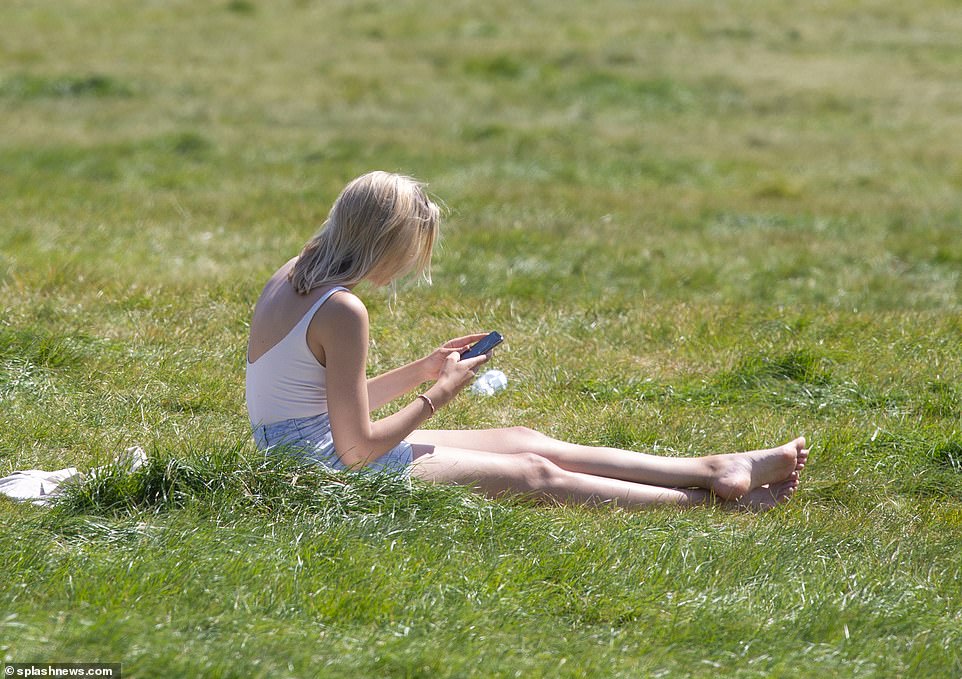 [above: another young woman, alone in the sun on Primrose Hill. Harmless. Why call people like her “covidiots”? So that the Twitterati and other online mobs, ignorant and brainwashed, can chuck virtual rotten tomato at her?] 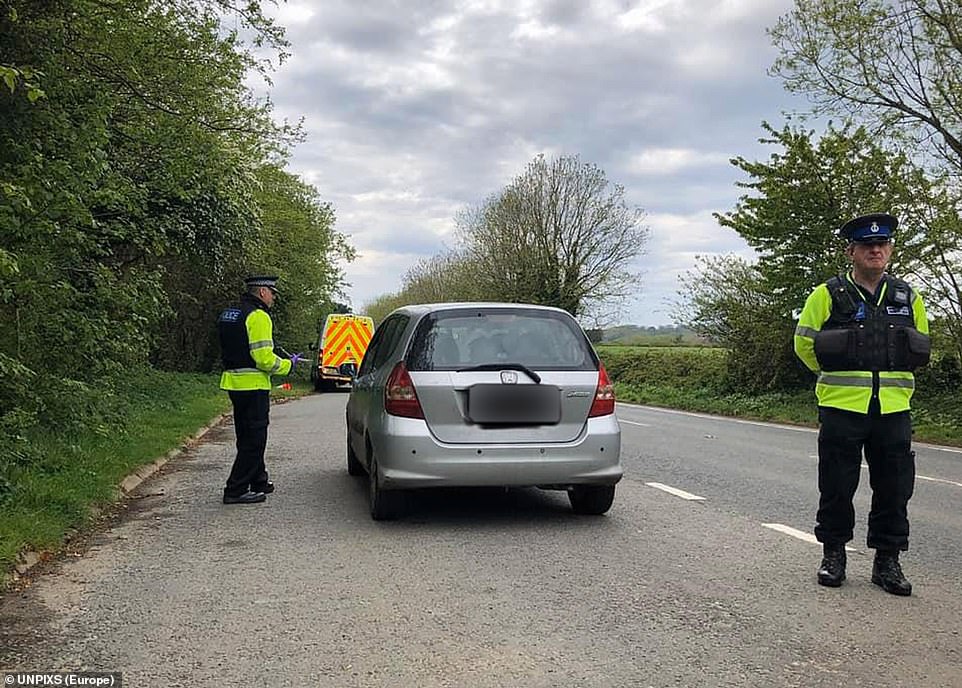 [above: further misuse of police resources and unnecessary intrusion into the lives of citizens: the motorist was bored and decided to drive around Cornwall. So? Mind your own business, Plod!].

“Devon and Cornwall Police said today they have carried out over 200 stops in the Penzance area alone in the past week. A driver pulled over for going on a 70-mile tour of Cornwall’s roads said ‘No reason for doing it really – I was just bored.’ It is the latest sign of the country getting back to normal life – despite ongoing lockdown rules.” [Daily Mail] 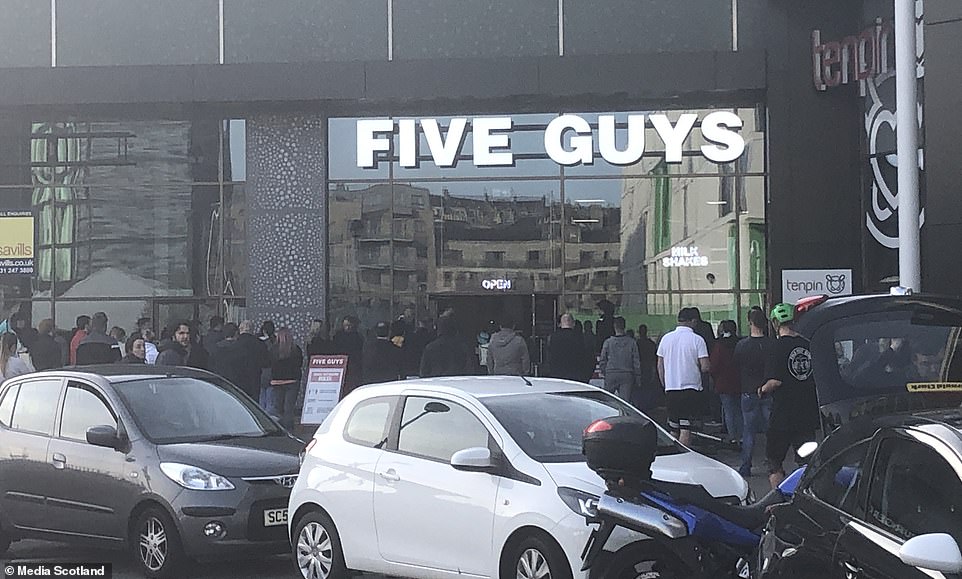 [above: customers crowding together at a large takeaway food outlet in Edinburgh. This is within the “rules” as laid down! It’s all a nonsense!] 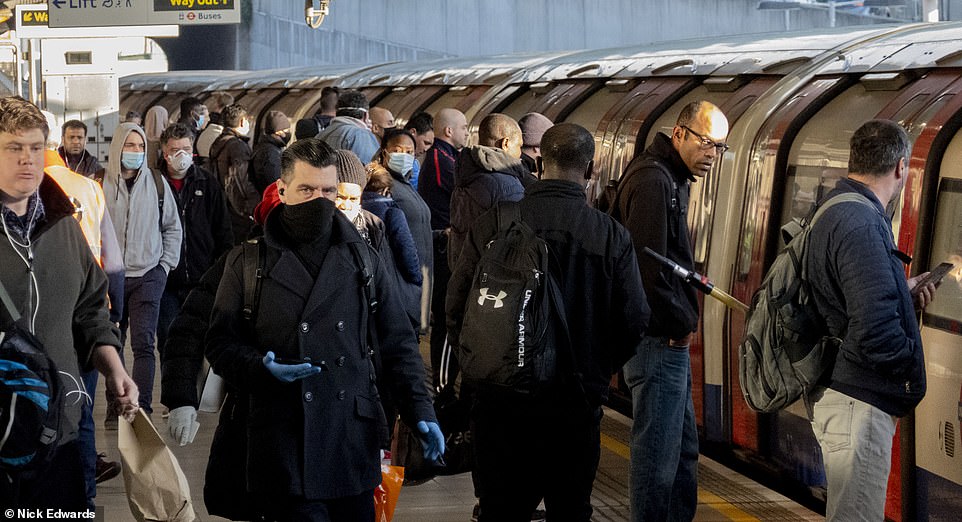 [above: the Central Line in East London. All within the “rules”, yet a wonderful incubator for bacteria and also viruses]…

According to the Daily Mail, people can now be fined if “caught” sunbathing in public, but not if exercizing in public, despite the fact that the latter is far more likely to lead to random infection! It’s all just nonsense! That’s assuming that the Daily Mail has the law right, which I doubt (I speak of the law, not whatever little Matt Hancock tries to pretend is the law).

Twitter full tonight of idiots engaged in the State Clapathon. Go away…thankfully, few if any around here. Once again, one sees that Twitter is the home of the natural serfs and virtue-signallers. Most unable to think for themselves.

Not that I do not appreciate the doctors, nurses and other staff in the NHS. Most are great. However, State-encouraged mass signalling is not to be pandered to. It also tends to kill thought (and dissent) about this whole Coronavirus thing and the government policy of putting the population under pointless house arrest.

Also, the NHS is badly-administered, to an almost absurd extent, and that is apart from any funding questions. “Clapping for NHS” tends to says “there are no serious problems in the NHS”. Again, this clapping coercion tends to kill thought and dissent.

An exception, as previously noted, has been Peter Hitchens (@ClarkeMicah on Twitter):

@ClarkeMicah Have you seen this that's slipped under the radar? https://t.co/O5yjgm15dx

Crises such as the present one are for political leaders or at least pretend leaders to run with, not advisers, however supposedly eminent: https://en.wikipedia.org/wiki/Chris_Whitty

Advisers such as this Whitty character need to be put back in their box. It is always dangerous to, in effect, give power to such people.

Tyranny has arrived. Only the sovereign people can save us now. However, the English being a martial race only await their chieftain to emerge.

I am sorry this has happened to you but it is becoming a very common experience. When will people wake up and realise this isn’t just a long holiday? They’re stealing our standard of living. And for what? https://t.co/plRik6skWA

Not that most Twitter virtue-signallers care much (yet) about the economy collapsing. Most of that section of the Twitterati are public service people (NHS, police, fire brigade, local council staff, other public sector staff) who assume (wrongly) that their pay, conditions and employment are outside the wider “marketplace”, or they are people not working anyway (either retired or otherwise “economically inactive”). Then there are the BBC and other msm drones, entertainers etc, as well as the online soi-disant “film critics”, “writers” (who have written one or two sunk-without-trace books in the past 5+ years), “journalists” etc (untrained and on tiny online “newspapers”; see also “Mike Stuchbery”), people who talk on BBC local radio once or twice a month etc etc and put themselves forward as “academics”, “historians” etc, on the strength of a pathetic doctorate from some multikulti degree mill.

Finally managed to watch this https://t.co/rphL4qa4Wo astonishing interview with Swedish epidemiologist Johan Giesecke, an expert on viruses if ever there was one. Interviewer Freddie Sayers is perpetually astonished, as this sort of calm sense is virtually unknown in the UK.