The UK is in an extraordinary political and Constitutional mess. What is more extraordinary is that the person who should be trying to sort it out, as Prime Minister, is not only not doing so (and is in any case incapable of doing so, being totally unfit for his office), but is actively making the situation worse.

I do not often support the words of pro-Israel drone Douglas Murray,  but he has it at least largely right here [see below]:

I have blogged in the recent past about Boris Johnson and also about his eminence grise, Dominic Cummings:

I have been saying for years that Boris Johnson is unfit for any office. Finally, after a decade or more, much of the the msm and also the more aware part of the public are catching up with me. I despise pretty much everything about Boris Johnson, who has been puffed for years as “Prime Minister in Waiting” by a dozy, complaisant or conspiring Press, radio and TV.

Boris is an idiot, the very words used to describe him by Israeli Embassy political intelligence officer Shai Masot, caught by Al Jazeera TV conspiring with former Labour MP Joan Ryan. The exact words? “…Boris is busy, you know. You know he is an idiot, but so far he has become the minister of foreign affairs without any kind of responsibilities…We like Boris”. Of course (((they))) do! Boris-Idiot will do anything that the Jewish lobby, Israel, or the “tail-wags-dog” USA want.

Re Pete Willsman and Israeli Embassy plot to interfere in UK politics
This is Israeli spy (now expelled) talking to Labour traitor Joan Ryan of @_LFI
Ryan : "What happened to the names we put into the Embassy, Shai"
Masot : "We've got £1m…"pic.twitter.com/QekirLRyU0

What is it about the UK, that an idiot is suddenly thought some kind of minor genius if he went to Eton and Oxford and can recall some of the Latin and Greek he learned at school? What is there in Boris behind the rote-learned classical Greek and the carefully-cultivated, careless “English” “upper class” persona? Which of course is largely a fake, because Boris is part-Jew, part-Circassian Turk, part God-knows-what, born in the USA, brought up partly there and also in Belgium.

Behind all the playacting, behind the Eton and Oxford, behind the pathetic am-dram reprise of Winston Churchill, what is in the middle of the onion? Anything? Nothing?

Boris Johnson, as I have repeatedly said (and with increasing frustration as he has been repeatedly promoted to the level of his incompetence— the Peter Principle: https://en.wikipedia.org/wiki/Peter_principle), Boris is unfit to be in public life at all. In fact, he has outdone the Peter Principle, in that he has been incompetent in all of the jobs he has ever had (with the arguable exception of the editorship of The Spectator), yet has talked his way, with a fair wind from connections and msm, to become journalist, editor, MP, Mayor of London, MP again, Cabinet minister, and now Prime Minister, despite having been incompetent in all or almost all of those roles.

This government is an entirely illegitimate pro-Israel regime. All of its ministers and most of its MPs are members of Conservative Friends of Israel. Some are part-Jew, some  full, e.g. Grant Shapps, dodgy business type from the Hertfordshire Borshch Belt, who was head of the youth wing of UK “Bnai Brith”: https://en.wikipedia.org/wiki/B%27nai_B%27rith

This government is undoubtedly the least impressive in living memory. Few of its members, if any, have real or substantial achievement to their name. Some, notably East African Asian Priti Patel, incredibly now again a Cabinet minister after having been sacked by Theresa May, are or were Israeli agents, certainly agents of influence, possibly more.

There is no doubt that the Boris Johnson government is set to increase the repression of free speech where it affects Jews and Zionism. There are probably secret plans to introduce the mediaeval-style laws against “holocaust” “denial” that we see in several other European states. That alone means that Boris-Idiot and his Cabinet and his government have to be removed. Whatever it takes. At present, Boris Idiot would find it hard to introduce such repressive laws (unless with the help of Labour Friends of Israel MPs), tightening even further the repression introduced (mainly) under Tony Blair and also Theresa May. The Commons votes might not be there for that. However, were the —misnamed— Conservatives to win a Commons majority, we should expect all sorts of police-state actions to increase as the “Conservative” ranks would be padded out with unthinking newly-elected lobby-fodder.

That horrible bastard John Mann, who might well soon have been deselected by his local Labour Party anyway, has now accepted a well-paid role as the Government’s “anti-Semitism” “tsar” and will not be standing for re-election :

“Mann, who will be based in the Ministry of Housing, Communities and Local Government, claims his sole aim is to make the UK a haven for the Jewish community.” (it already is, and that is a major problem).

“In her last act as prime minister, Theresa May appointed Mann, who backed Brexit and this week voted with the government to try to block emergency legislation intended to stop no-deal, as an independent adviser to the government on tackling anti-semitism.”

“Boris Johnson has since upgraded the role, underlining the importance the government attaches to the issue.” [The Times].

There you have it: Theresa May and Boris Johnson (both of part-Jew origins: one of Johnson’s great-grandfathers was an Orthodox Jew rabbi in Lithuania!) head and headed the two most pro-Jew and pro-Zionist governments in British history. Arguably the two worst-ever from other points of view too. 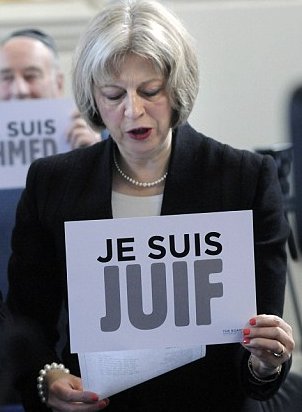 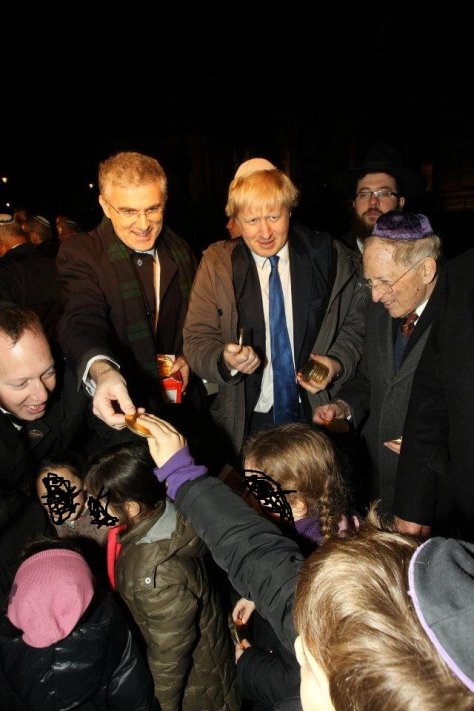 I have been pro-Brexit for years, well before the 2016 Referendum. Britain must try to get out of the EU “lobster-pot” (easy to enter, almost impossible to exit). I tweeted (until the Jew-Zionists had me barred from Twitter in 2018) and have blogged (since late 2016) about these matters.

Other states have voted not to go further into the lobster-pot. They were forced to “rethink” and “vote again”…Likewise, if states like Portugal and Austria elected any “far right” MPs, the EU cold-shouldered them until the “mistake” was “corrected”. The same squeeze is now being put onto Hungary and Italy. This is a tyranny, though —so far— of the “iron fist in velvet glove” variety.

As soon as the 2016 Referendum was over, I was predicting a long campaign by NWO/ZOG/EU to reverse the Referendum one way or another. Either Remain, or “BRINO” (Brexit In Name Only). I have no idea to what extent the criminal mishandling of the Brexit negotiations was deliberate, but I have my suspicions. Anyway, there it is.

The EEC was supposedly a matter of intra-Europe free trade and a customs union to facilitate that. When the UK joined the EEC and then voted (in a fixed referendum, in which the pro-EEC side had 10x the money to buy publicity etc…) to remain, in the 1970s, the bloc was still mainly beneficial. However, just as Bismarck’s Zollverein paved the way for a German unitary (unified) state in the late 19th Century, so the EEC paved the way for a transformation of the free states of Western and Central Europe into the EC and then, via Maastricht, the EU. The precursor to a one-Europe state.

I might not even object to that, were that EU superstate to be a true federation of equals and not under sinister “New World Order” [“NWO”] control, but that is not the case. NWO and “ZOG” [“Zionist Occupation Government”] work together to impose, over time, a ghastly and repressive tyranny, one that encompasses both Europe and North America and which aspires to control the whole world in time. George Orwell was a prophet. The EU is only part of the way towards the ultimate destination.

We are therefore left with a paradox: I want the UK to get out, fully out, of the EU, but also want an end to the present Boris Johnson “Conservative” government.

There is no place for my views in the present black-and-white msm narrative being put before the public, which narrative has room only for a binary choice:

I reject that binary choice. It is just a couple of flickering shadows on the wall of the cave.

The best thing would be for the UK to leave the EU, and for the Conservatives to be heavily defeated at a general election.

There is no prospect that Corbyn and his deadheads can run a successful government either, so that might well open the door for a real social-national movement and party (which latter does not exist at present; it must first exist, naturally).

This proves he really is the puppet master pic.twitter.com/m5viBvM4kY

I wrote the words below some three months ago, in an earlier blog post about Boris-Idiot. They have worn rather well, if I say so myself. Give that man a cee-gar!

“We keep hearing that “Boris Johnson has the ability to be Prime Minister, but does he have the necessary character?”

Gove, quite plainly either drunk or (more likely) drugged (again) in the Chamber of the House of Commons! See below

“You heard it here first”…

Boris Johnson and the Russian Mountain: a two minute film which sets out why MI6 was worried about a security risk.

27 thoughts on “The Choice Is Not “Boris or Remain”: You Can Be For Brexit Yet Also Be Against Boris Johnson And His ZOG Cabinet”