An extract from an article of 2013 by George Monbiot:

“You could argue that an intensification of farming is a response to rising population pressure: the need to produce more food has caused greater damage to wildlife. But this is where the madness kicks in: much of the habitat destruction for which farm policies are responsible has little or nothing to do with producing food.

The uplands of Britain are astonishingly unproductive. For example, 76% of the land in Wales is devoted to livestock farming, mostly to produce meat. But, astonishingly, by value Wales imports seven times as much meat as it exports. Six thousand years of nutrient stripping and erosion have left our hills so infertile that their productivity is miniscule. Even relatively small numbers of livestock can now keep the hills denuded.

Without subsidies, almost all hill-farming would cease. That’s not something I’m calling for, but I do believe it’s time we began to challenge the system and its outcomes. Among them is a policy that’s almost comically irrational and destructive.

The major funding that farmers receive is called the single farm payment, which is money given by European taxpayers to people who own land. These people receive a certain amount (usually around £200 or £300), for every hectare they own. To receive it, they must keep the land in what is called “Good Agricultural and Environmental Condition” (GAEC). It’s a term straight out of 1984.

Among the compulsory standards in the GAEC rules is “avoiding the encroachment of unwanted vegetation on agricultural land”. What this means is that if farmers want their money they must stop wild plants from returning. They don’t have to produce anything: to keep animals or to grow crops there. They merely have to prevent more than a handful of trees or shrubs from surviving, which they can do by towing cutting gear over the land.

If they want to expand the area eligible for this subsidy, and therefore make more money, they must get their tractors out and start clearing vegetation. From my kayak in Cardigan Bay I have often watched a sight that Neolithic fishermen would have witnessed: towers of smoke rising from the hills as the farmers burn tracts of gorse and trees in order to claim more public money. The single farm payment is a perfectly designed scheme for maximum ecological destruction.”

[Why Britain’s Barren Uplands Have Farming Subsidies To Blame, George Monbiot, The Guardian]

George Monbiot is quite right about subsidized farming. In relation to the upland and hill areas [relatively similar areas, but often taken to be different in terms of specific UK farming conditions: https://www.nationalsheep.org.uk/know-your-sheep/uk-sheep-farming/], the farming lobby will say that the land there is only suitable for sheep, so if the UK wants to produce food at a maximized level, then sheep farming is essential and can only exist if subsidized.

There are various aspects to all this, most of which are addressed in the George Monbiot article (above). The upland/hill areas are not very productive (generally, the higher they are above sea level, the less productive); they can support food animals other than sheep, in principle (deer, highland cattle, game birds etc) if not denuded of vegetation; the upland and hill farmers are only surviving by reason of a fairly generous (they might disagree) but environmentally-mad subsidy system.

In broad terms, the single farm payment gives the farmer on average about £150 an acre (2019 value), so a small farmer (and most UK upland and hill farms are small), who has about 200 acres, will get about £30,000 in subsidy (leaving aside the various official or other definitions of what constitutes a “subsidy”— see Notes, below). The actual net profit from farming itself on such a farm comes to something like £3,000, maybe even less. It’s minimal. Some farmers have only 100 acres, thus reducing their subsidy-income to maybe £15,000 and their real farming income to as little as £1,500.

The conclusion, surely, is that subsidies should be eliminated. They are disastrous for wildlife, give the country little in terms of food production and in fact give the already-wealthy farmers on the more favoured lowlands the bulk of the money (a large estate of say 10,000 acres might receive as much as £1,500,000 a year in EU subsidy). However, this article is about rewilding and reafforestation, not an overview of the whole agricultural sector.

There are UK and EU “subsidies” or grants for such activities as tree planting, but these are far less generous than the ones given for (nominal or actual) farming.

It seems harsh, on the face of it, that small farmers should face having to give up their way of life (in some cases, a way of life that has generations of history and custom behind it), but they will have been preceded after all by those working in other sectors, including coal mining, steel production etc, and now retail work. Why should huge amounts of public money be provided to farmers just because they bleat that without the money they cannot survive and would have to get other work?

The irony is that most farmers vote “Conservative” and are among those most ready to talk about “welfare” “scroungers” etc! It often seems to me that farmers generally want it both ways, to receive money from public funds merely as an entitlement for being holders of land (either freeholders or tenants), but on the other hand want no official interference with how they farm, because they run private businesses!

It has long been accepted that the farming lobby, and especially the National Farmers’ Union (NFU) is one of the most effective lobby groups in UK politics at national level.

After WW1, the UK was almost denuded of forest, having only 5% cover. The government set up the Forestry Commission in 1919 to address the domestic timber shortage, rather than for aesthetic or environmental reasons. Thus were born the typical blocks of forest seen in Northern England, Scotland, Wales: mostly Norway Spruce and Sitka Spruce. Though better than nothing, such coniferous reafforestation does not do much for wildlife, though the trees themselves can be, if not cut, longlasting (a Norway Spruce in Sweden may be the oldest —though regenerated— tree on Earth, dating back nearly 10,000 years).

The forest cover in the UK has increased markedly since 1919, to about 13% of land. The Forestry Commission itself and its now-devolved Scottish equivalent manage nearly 2 million acres of forest and, in some areas, have replanted with broadleaf trees which will encourage a greater biodiversity.

In addition, there have been a few large-scale initiatives formulated and put into action. There are a number of “community forests” (some created from bits and pieces of land) not all in public ownership but all of which have some public access: https://en.wikipedia.org/wiki/Community_forests_in_England

The Heart of England Forest (mostly in Warwickshire) is one superb initiative, the vision of one man, the late Felix Dennis [https://en.wikipedia.org/wiki/Felix_Dennis].

Another new wooded belt is the National Forest, planted in a number of linked areas North East of Birmingham:

In addition, some very large and altruistic landowners, such as a Dane who owns over 220,000 acres in Scotland alone (over a dozen Highland estates), have exciting plans both for reafforestation and for wildlife recovery, even to the extent of importing wolves, lynx, bears, beavers etc.

There are many smaller projects around, such as the wood created by Brian May, the Queen guitarist, in Dorset, being planted and growing on land May bought as a gift in trust, and which was originally going to be a housing estate (nb. were Britain not flooded with unwanted immigrants and their offspring, it would not be thought “necessary” to build on beautiful areas of countryside).

Forests are not a waste of land…

George Monbiot has written about how upland forests and woods (or even areas of smaller vegetation such as bushes) delay the passage of rainwater to lower levels, protecting those lower levels from destructive floodwater.

Wild areas can provide food for people. Not just game animals, birds and fish (if permitted and/or in time of dire necessity), but mushrooms, fruits, wild vegetables etc.

Forests not only have amenity and aesthetic value, but are havens for wildlife of all types. In particular, the parts of the country that are relatively marginal for farming should be far more heavily wooded than they are. Animals, birds, fish, insects all thrive, given half a chance. 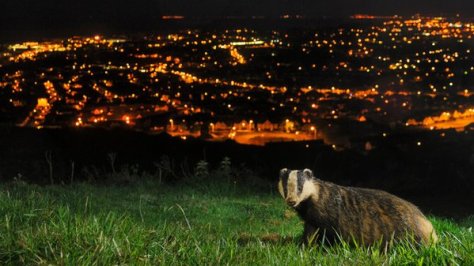 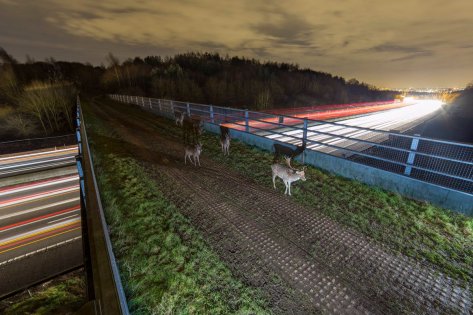 There are huge areas of the UK suitable for rewilding and/or re-afforestation. Not only in Scotland. Wales is especially blessed with upland and hill areas suitable for such projects. There are parts of England also suitable, such as the South West peninsula, within which there are areas where the population is surprisingly sparse, such as the Hartland Peninsula in West Devon, on the Atlantic coast. It is true also of the moors of Devon and Cornwall, but they tend at present to be under National Park or other restrictive control.

Rewilding and reafforestation are not inimical to the livelihoods of existing local people, who can derive benefit via catering to tourists, managed and sustainable forestry, wildlife protection jobs etc; whereas the present land use often benefits only small groups of farmers and landowners (via subsidies, and/or via the use of land for commercial driven shoots).

Rewilding is not just a matter of afforestation. Other types of landscape can also be rewilded: marshes, river estuaries etc. However, the forest is the key, whether it be managed forest or forest left to grow completely wild. 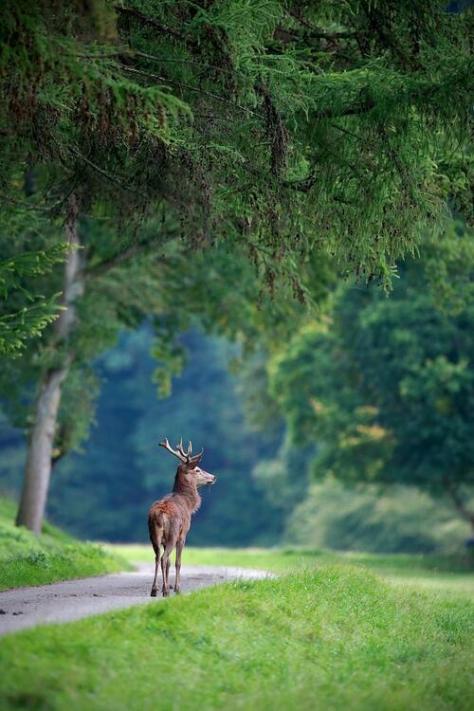 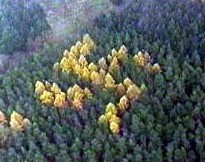 2 thoughts on “Rewilding and Reafforestation of Parts of the UK”