From global menace to scare story? What’s really behind all this?

The latest news is that the 4,000-bed “Nightingale Hospital” in the London Docklands, which opened very recently and which started admitting patients only a week ago, treated only 19 patients over the Easter holiday.

It now seems that the other Nightingale hospitals of the same sort, converted quickly in various cities to deal with the expected huge numbers of gravely-unwell Coronavirus cases, will not even be needed. At least one will not even officially open.

I thought (and still think) that it was wonderful how, with political will, sufficient funds, dedicated workers and sufficient staff ready to move in, even the first such hospital could be created in days, or a week. Presumably there were contingency plans (if so, that is also to be commended).

However, it throws into the light whether the other Government actions, particularly the “lockdown”, should ever have been imposed, or so stringently imposed.

It is clear now that, after Government panic action, little reaction from the almost inoperative Opposition, and cheerleading from an ignorant and supine mass media, massive damage has been done to the UK economy. That must result in huge unemployment, low pay, high tax etc once the Coronavirus emergency and scare is but a memory.

Let us be clear: this virus is a serious and sometimes deadly public health threat, but even now that it has plainly reached and passed its peak, the death toll total is “only” about 12,000 or so. Yes, that is terrible for the relatives of the deceased, but is only about 1 person in every 6,000 of the population, overall.

The town nearest to me has, including its semi-rural offshoots, about 15,000 inhabitants. Statistically, there might be expected 2-3 Coronavirus deaths so far in that town. In fact, I have seen none at all reported. That may be because this virus is hitting harder in certain crowded urban areas such as London, Birmingham etc. There are huge swathes of Britain where, were it not for the extreme “lockdown”, the Coronavirus would be something only encountered in the Press or in TV news reports.

Back in the mid-1970s, when hitching a lift, I got chatting to the car driver, who had recently moved to England from Belfast, about the situation in Northern Ireland. He surprised me by saying that, in the half-dozen years since “the Troubles” had started, he had only heard one bomb explode, and that had been somewhere in the distance, far from his office in central Belfast. In fact, there are people who lived in Northern Ireland right the way through the 25-30 years of the Troubles who never encountered any political violence, terrorism, Army reaction etc.

The newspapers and TV are a poor method via which to understand anything. However, even the msm has started to move on from “Coronavirus will kill everyone” to “Lockdown— is it time to lift the 24/7 curfew?”

In a perverse sort of way, it’s quite funny, inasmuch as employers have for years been making their workers use their own time for unpaid work, losing lunchtimes, evenings etc, even weekends and holidays. Well, now look. The parasites are going to lose their companies and hardly anyone is working at all now (or buying anything except food, drink, cleaning stuff and loo paper). Sadly, the employees will also suffer, via lack of a job…

Likewise, for years we have been hearing that children desperately need every single hour of teaching, so as not to “fall behind”. That despite the incredible drop in standards of education since the 1970s (take a look at “A” Level papers from the 1950s, 1960s etc). Parents have been fined for “taking their children out of school” to go on holiday etc. Now look: no school at all, for months. In fact, if the “lockdown” lasts until June, which is possible, the pupils may not return to school until September or even October. State school holidays are shorter than those in the Independent sector of course. I cannot quite recall when I, as a teenager, went on Summer holiday. I think in mid-June. It was long ago now, half a century!

I am not sure that “back to normal” quite matches the public mood, but the “lockdown” must end now. Except that it will not, because the Government has painted itself into a corner. It has ramped up this “emergency time” stuff, had all these new temporary hospitals fitted out, told everybody (inaccurately) that “everybody is at risk” (not true in terms of actually dying from the virus, with rare exceptions).

So now the Government can hardly say “OK, everyone, if we don’t end lockdown, the economy will crash and not recover for decades if ever, so see you all at work tomorrow”, even if that might be more honest.

The Government will have to, speaking politically, announce only gradual resumption of national life, a life wherein people are not domestic animals penned in by Toytown police and a poundland KGB but (supposedly) free citizens, able to walk, sunbathe, drive to national parks and even —strange idea– chat while shopping. All that could be done overnight (that’s what I would do), but will not be, all so that the Government and its advisers do not look stupid. And the price will be paid by companies, employees, the self-employed and anyone suffering from anything requiring surgery or other treatment unrelated to the virus.

The Conservative Party may calculate: “where can the voters go?” and of course they are right, if that is what they think. Labour under Keir Starmer is even more of a joke than it was under Corbyn, and in any case a general election is probably 4+ years away. There is, as yet, no social-national true alternative party.

The Government virus propaganda has made the public scared of its own shadow. The public cannot, politically, or in terms of mass psychology, now simply be told, “OK, folks, we got it wrong” or “Sorry, people, we went a bit over the top, didn’t we?“, or “Back to normal life as of midnight tonight, people” (“and sorry we treated you like mugs!“…). No, no…It will be a trying-to-play-the-statesman Raab or Hancock, gravely suggesting that he is balancing all factors weightily, like Solomon or a Renaissance king.

In fact, it occurs to me that the Government itself may be stoking fears of an “iceberg” of unrecorded Coronavirus deaths in care homes as a way of saying to the public “the danger is still huge— do as you are told (by us)”…(aka “Stay at home, Protect the NHS, Save lives”).

I suppose that it is marginally better than “Thank you, Comrade Stalin, for our happy childhood!”… 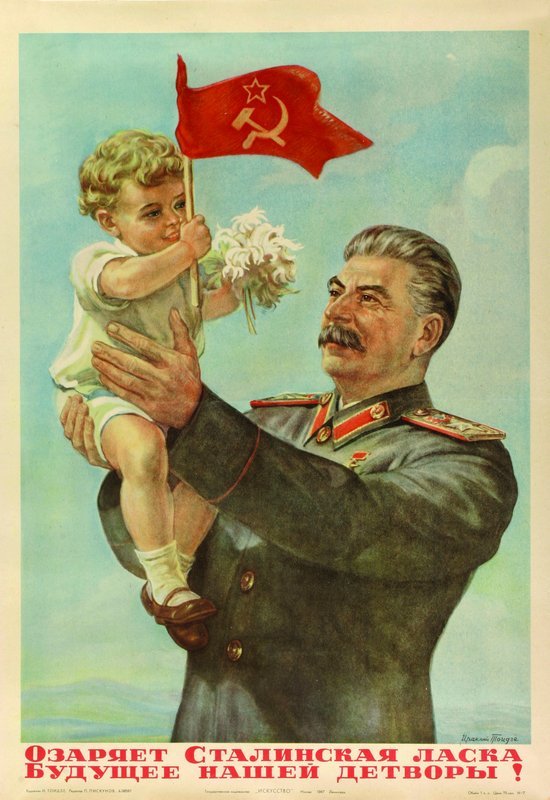 I blogged yesterday and the day before that the Cabinet is like “a headless chicken” without its part-Jew “Prime Minister” clown and public entertainer: “There are growing complaints that the Cabinet is rudderless, with decisions being effectively put on ice until Boris Johnson completes his recovery from coronavirus.” [Daily Mail].

Give that man a cee-gar…

“After the grim Office for Budget Responsibility (OBR) figures yesterday – as well as dire IMF forecasts that the global economy is facing its deepest recession for 90 years – Mr Sunak told a Downing Street briefing that people must brace for ‘hardship’.” [Daily Mail]

“And he warned colleagues the Government risks causing permanent damage to the economy if the lockdown goes on too long.” [Daily Mail]

and look at this “muppet”!

“In a sign of tensions, one Cabinet minister told The Daily Telegraph: ‘We should begin to release the things that can be released, so primary schools and non-essential shops could reopen…Suggesting that pensioners will have to sacrifice their freedom to let the country get back to normal, the minister added: ‘It looks like elderly and vulnerable people are going to be self-isolating for six months rather than three.’” [Daily Mail]

They want “elderly” (70+?) people to stay locked in for 6 months? Until nearly Christmas? Ha ha! That is just not on. Unacceptable. Unenforceable. I have already been told by a couple of people of that age that they will ignore any such attempts to put them under house arrest for months.

ps. if by “elderly”, that “Conservative” idiot means anyone 60+, rather than 70+, I (aged 63) will take great pleasure in both breaking the illegitimate “law” and encouraging others to break it, inter alia.

I have no view on any link between 5G and Coronavirus but thought the brief article below interesting:

This, on a different though perhaps not completely unrelated topic, too:

Clap for the NHS?

“[A]MailOnline reader revealed her elderly dementia-stricken mother was discharged to a care home, without checking with her.

Her mother, of Ross-on-Wye in Herefordshire, was stuck in hospital because health officials had yet to find a care package for her.

She told MailOnline: ‘Due to the COVID-19 outbreak most care homes in Hereford with places refused to take her so she was there a while.

‘The hospital were getting really annoyed [!] because they wanted her out as soon as possible and the bed freed up.

‘On Sunday (April 12) they discharged her to a care home in Worcestershire without consulting me or checking the home could meet her complex needs.’

The woman – who wanted to remain anonymous – added: ‘She arrived with a DNR, which said do not transfer back to hospital if she contracts COVID-19.

‘My mother has worked all her life and paid into the NHS they do not have the right to sign her death warrant because she’s old and has dementia.” [Daily Mail]

Big news from the USA and UK retail sector

J.C. Penney is probably going to go down. Meanwhile, in the UK, a study shows that half of the big non-food retailers have cash reserves sufficient for only 6 months. After that, gone.

That leaves until October before a tidal wave hits British high streets and shopping parks.

I suppose that I should no longer be capable of surprise that local and central government in this country is so incredibly stupid…; local councils have closed dumps/recycling centres. Result? Fly-tipping. Well, I mean, who on Earth could have predicted that? Anyone not an incompetent local penpusher…

In fact, “gypsies” (meaning Irish “traveller” tinker-types) do most of this. The stupid “lockdown” must be lucrative for them.

Another reason to sink migrant-invaders in the English Channel

Nineteen Eighty-Four had the officially-mandated “Daily Hate”, but we have both “Clap for the NHS” and (not-officially-mandated but certainly a result of the “Stay at Home/Protect the NHS/Save Lives” nonsense-propaganda) examples of “rural idiocy” like this: https://www.dailymail.co.uk/news/article-8221117/Vigilantes-pour-PAINT-womans-car-wrongly-believing-second-home-lockdown.html

The unfortunate woman in that report has been far from the only victim of vigilante idiots during this misconceived “lockdown” period.

7 ways nature is flourishing under lockdownhttps://t.co/Ea4jQa8ons

Adolf Hitler always said that, despite what was (and is) often claimed, the Jews are a very stupid people at root.

“Exhibit A”: I am not, nor have I ever been, a member, supporter of, nor even voter for the Labour Party (or any System party). It seems that there is an “Ian Millard” who does or did belong to the Labour Party, and that some Jew (I presume) attributed one of my tweets from 2016 to that “Labour Party Ian Millard”. It then took Labour 217 days to discover that they had

Comedy gold! With that level of incompetence, Labour and its Jewish secret rulers and influencers should try running the UK again. Why not? It’s as good as finished now anyway!

Is this part of a great conspiracy to kill off most of the world population, maybe only a first, experimental phase or attempt? I would have dismissed such a theory out of hand a few months ago, maybe even 1-2 months ago. Now? Not sure.

There are sadnesses in life on Earth, which only music can express…