Matt Hancock: is he up to it (the position he now holds)?

I had forgotten that Matt Hancock was already in my Deadhead MPs series, though my piece was penned 6 months ago.

Real or fake news (about Coronavirus)?

The latter is a particularly bold claim.

Though I examine particularly closely any claims made by a Jew, the information is interesting. There may be something in it.

It will be recalled that South Africa was said, in the 1980s, to be working on biological weapons which would only affect black Africans. South Africa was also far advanced in an atomic weapons programme, in collaboration with the Israelis working out of their nuclear centre at Dimona, in the Negev Desert of southern Israel. 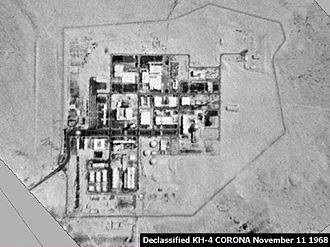 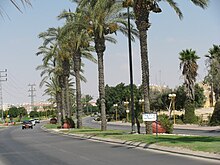 It would not be beyond the realm of the possible were the Israelis to have collaborated with South Africa on biological warfare as well.

Now we see claims by the Israelis themselves that

On the wider point, it may be that this outbreak is in the nature of an experiment, and that at some later point a virus equally or more infectious but far more deadly will be released, with the aim of reducing the Earth’s population to 10% or 20% of what it presently is.

[note: the above paragraph is speculation only and should not be taken to be my settled view].

This latest “bailout for business” is also misconceived, because it supports businesses as such but not the most important basis for business, individual consumers.

What Sunak should do (but will not, because it —superficially— is in opposition to Conservative Party attitudes) is to establish a Basic Income for all citizens (citizens, not any migrant-invader straight off the boat (rubber boat).

That would boost and secure the retail sector and other sectors, and would enable people to pay rent etc.

I was at the nearest supermarket (Waitrose) at 1930 yesterday, half an hour before closing time. More shoppers than usual at that time, though not crowded. The main doors wide open to promote fresh air inflow (and virus outflow?). More staff than usual at that hour. The shelves looked as if an invading horde had looted the store. Whole shelves completely picked bare: no loo paper, pasta, pasta sauce, shower gel or bread (instead of the usual hundreds of loaves of about 30 different kinds, only one pack of “ancient grains” muffins left (I bought that) and two specialist Jewish loaves (from Cohen’s Bakery).

So it seems that the bulk-buying and/or panic-buying continues. I can only assume that people are buying bread to freeze it, anticipating…what? Civil war? Disordered chaos? One would normally scoff, but I have a lingering feeling that those panicking, preparing or “prepping” may not be so silly after all…

Try isolating in one room of a hostel, B&B or Women’s Refuge.

Even in a flat it’s different- can’t just pop out in the garden for some Vitamin D & air.

Everything hits the least wealthy/most vulnerable worse & of course, it’s usually Capitalism that made them vulnerable https://t.co/1FDY6UdO77

“Dr” Louise Raw (and another) making true points about poor housing and social conditions, while shoving in a silly point about “capitalism”. Has she never heard of, for example, Soviet housing conditions? Or maybe she calls that “State capitalism”, in the Trotskyist way? I do not know.

Are they revolting (yet)?

Just got in.
There is a cold anger tonight in London. Real, near boiling.

The Tories have fucked this so badly. Obviously… The rest of Europe weeks ahead, and people yelled.

It will start soon.
The underclass does not deserve this.
Writing in tears.
WE DONT DESERVE THIS

I wonder whether the people will come out onto the streets. Not now, though. However, down the line, it has to be a real possibility if large numbers of renters are evicted at the same time; and if people lose their jobs and are cast into the pit created by Iain Dunce Duncan Smith, the Jew “lord” Freud, Esther McVey, David Gauke, all those evil swine. I rule out nothing for later this year, for 2021, for 2022.

Maybe that is why the “emergency legislation” being nodded through Parliament this week will contain enhanced so-called “anti-terror” powers for police, MI5 etc…

Say that about this. We need to close schools. They ate always open to those students who need to be looked after during school hours. pic.twitter.com/yunqdQryce

I'm ex military and heard through the grapevine soldiers leave is being cancelled and those on leave recalled to barracks ready to help enforce curfews if and when they are announced.

I like a late night walk along the beach….I meet no one. Will this be an arrestable offence?

and, this one not about Coronavirus…

German POWs(yes they were still here!) from Ely’s 2 POW camps worked side by side with the British Army, reinforcing defences and rescuing people from rooves!

Untermenschen, and they are no better today.

I saw this tweet, from former “socialist”, faux-proletarian scribbler, Dan Hodges (the son of the actress Glenda Jackson):

OK, that was weird. Got my account suspended for being facetious. But if I can't be facetious on here, what the hell am I going to do.

As I have blogged several times, Twitter is such a waste of time that I have even considered the possibility that it is being promoted precisely so that discontented people can imagine that they are engaging in socio-political activism by spending their days just tweeting. At any rate, that is what actually does happen. There are huge numbers of people on Twitter. Most are not political. Those that are think that they make a difference by being on Twitter. I doubt it.

I had 3,000 followers on Twitter when expelled, but was following only about 50, mostly organizations. You see some Twitter accounts with thousands or even tens of thousands of “followers” but then you notice that those accounts are themselves following a similar number of accounts!

Twitter is an interesting and potentially useful source of news and other information, but politically is largely a waste of time.

There is also the point that Twitter now “suspends” or suspends permanently (i.e. expels) many of the most interesting tweeters. This usually happens because of organized campaigns by either Zionist Jews or “antifa” idiots. In fact, those cabals revel in their pointless “activism”, as they did when I lost my Twitter account (which was not so important to me because I had “red-pilled” re. Twitter) but to those who denounced me would have been tragic, had it happened to them!

In fact, it did happen to some of them. Some, who had trolled me for years, are now gone, having been expelled. I notice that others have actually died; yet others are declining fast from chronic medical conditions…

Some of the System politicians are thinking along the same lines as me:

Coronavirus : Denmark’s government told private companies that it would cover 75% of employees’ salaries, if they promised not to cut staff.
Putting money directly into people's pockets is a far better policy than the random policies pursued by the UK.https://t.co/wXVO2q14Js